On Saturday afternoon, a football match between teams selected from England and Scotland took place on the West of Scotland ground, Hamilton Crescent, Partick. This was the first occasion on which an Association team has contested a Scotch eleven on this side of the Border, and the event naturally created an unusual degree of interest. The weather, happily, proved favourable and there was a large attendance of spectators. The Scotch men won the toss, and the strangers kicked off at a quarter past two.

During the whole of the first three quarter of an hour – the half of the time for play – the match was very evenly and toughly contested, splendid runs being made by men on both sides. Ottaway (captain of the English team), Kirke Smith and Brockbank, on the English side, dribbled beautifully, and displayed great skill in the management of the ball, piloting it round their opponents in a style which is seldom equalled.

The home club played well together, and carried the ball down into the enemy’s quarters by vigorous rushes; but Welch, who was well supported by Greenhalgh and Barker, succeeded in almost every instance in turning the ball. Near the end of the first three quarters of an hour, the ball was taken well down to the English goal by Wotherspoon, Weir, and R. Smith; but Barker (English goal) having returned it, it was caught by the Scotch forwards, and was driven by Leckie over the enemy’s goal. The spectators cheered enthusiastically, under the impression that a point had been gained for Scotland; but the umpires ruled that no goal had been obtained of under the tape.

Ends were changed immediately and the English team now started with the advantage of the slight elevation of the field. The game was again very evenly contested until about the last fifteen minutes, when the Scotch were hard pressed by their opponents; but the magnificent play of the backs of the former, especially that of Ker, who made himself conspicuous all through the match by his splendid kicking, prevented the enemy scoring, and they had succeeded in carrying the ball well up to the English goal when time was called, and the game resulted in a draw.

The match throughout was splendidly contested, and the play was acknowledged to be exceptionally good. The Englishmen had all the advantage in respect of weight – their average being about two stones heavier than the Scotchmen, and they had also the advantage in pace. The strong point with the home club was that they played excellently well together.

In the evening, the English team were entertained by the Scotchmen to dinner, in Carrick’s Royal Hotel.
(Glasgow Herald: December 2, 1872)

An amazing article from the Scottish Sport History, image below from this web site. 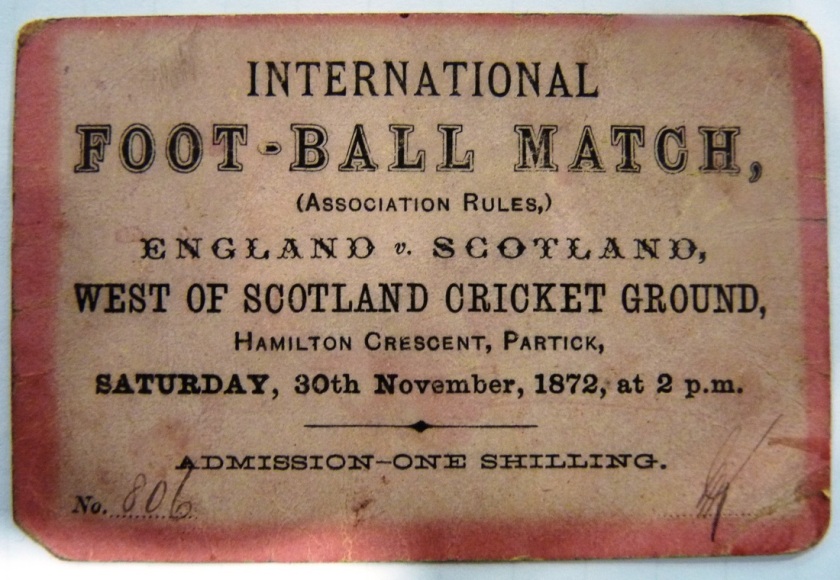 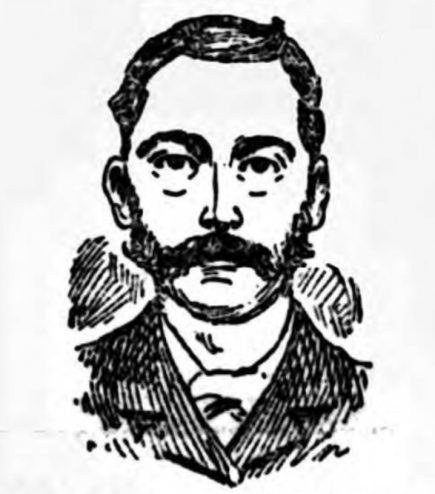