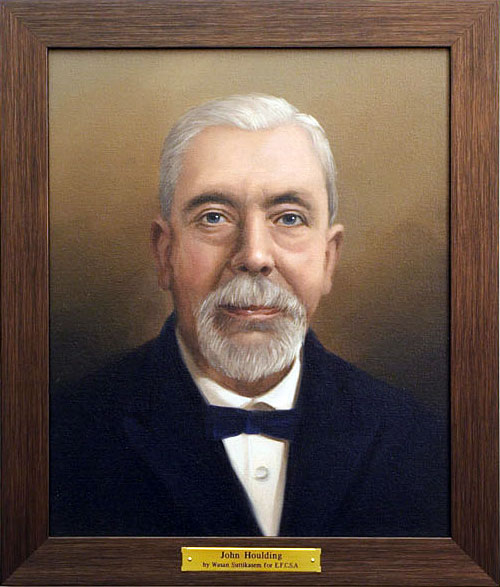 October 29, 1891 kjehan Other clubs news, The Split Leave a comment

October 29, 1891
The old members of the Everton Football Club, in the number of about sixty met last night at the Bee Hotel’s-lane: Mr. Thomas Evans, being in the chair, supported by Mr. William Barclay and Mr. John Houlding.

A capital dinner provided by the worthy host, Mr. Tom Bush, having been displaced of in satisfactorily fashion. Mr. Houlding said he was very pleased with the reception he had met with. In 1885, before he purchased the football field the Sandon Hotel was doing quite as good business as now. He did not think anyone could accuse him of having made mutiny out of outdoor sports.

Mr. Orrell had, the lands left to him whereas (he, Houlding) had to buy his position. He had never asked more than 4 per cent for money which had to be taken out of a business where he was making 7 or 8 per cent. This efforts of the members present had caused the club to reach the very highest position. The new members forget that the old ones had built up the club. He had always tried to walk straight, and he thanked their present very sincerely for their kind reception.

Mr. W.E. Barclay said Mr. Houlding, acting in conjunction with the old members – had made the club what it was. If Mr. William Clayton and Mr. George Mahon, whom he claimed among the gathering, would produce a definite scheme, it would be disastrous if they had to have the present ground.

Mr. Houlding was a shylock. Mr. Houlding having again viadated himself, Mr. Henry Heard said that among old opponents of Everton and supporter of Bootle, he only wished that the last named club had in the past such a supporter as Mr. Houlding, and had it not been for the exertions of the gentleman they would not be in the proud position they now were (hear hear).