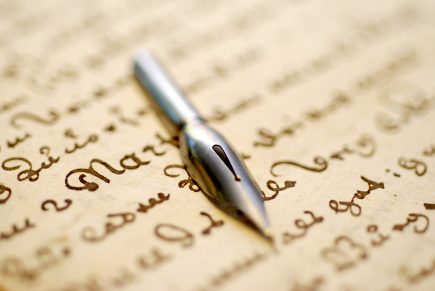 February 20, 1892 kjehan Other clubs news, The Split Leave a comment

February 20, 1892
“Sir, – Your correspondent “Loyal Evertonian” undertakes to correct what he calls mis-statements in my letter to you, and starts on my assertion that this dispute has been trammeled by politics and personalities. He tries to disprove this by stating that three-fourths of the members and the majority of the committee belong to the same party as Mr. John Houlding.

“This may or may not be so (I never inquired), and am rather curious to know how and why your correspondent acquired all this information, but is “Loyal Evertonian” so poor a politician as to be ignorant that defeat is most effectually inflicted on a candidate by turning his own party against him?

“Does he deny that this dispute was kept raging during the November election, and then suddenly boxed up, only to re-appear when the Parliamentary representation of Everton was offered to Mr. Houlding?

“He does not deny the personalities; in fact, indulges in them himself, as witness the following choice expression: ‘Mr. Houlding and his minions, two of whom are men who are supposed to owe their situation to him.’ These samples, Mr. Editor, which are mild compared to some that have been used in the local Press, will give your readers a faint idea of how this dispute has been carried on by the opponents of Mr. Houlding, and the bitter tone that runs throughout your correspondent’s letter shows how deep-rooted this personal animus is. This time and this method of discussing the questions at issue I strongly deprecate, as the matter is one of too vital importance to our club to be handled in any mood but one of keen business-like scrutiny and calm consideration.

“I must reiterate my statement that all the old members are for Mr. Houlding, and challenge any one of the three named by your correspondent to publicly declare that they are with the “malcontents.” Loyal Evertonian” says that my statement about the payment of £50 is “equally untrue,” and proceeds to argue that this could not have been paid, otherwise Mr. William Clayton would not have made a certain proposition at the meeting.

“I fail to see how Mr. Clayton’s resolutions could affect previously established facts, and I again assert £50 was paid prior to the meeting to keep open the negotiations for the Goodison Park ground and that he lease being not yet signed (owing to the vendors wishing the parties to lease to be ‘solid’ men, and to hold themselves personally liable), this money may be forfeited. He states that an ‘overwhelming majority’ of the members decided to reject Mr. Houlding’s scheme, and in less than 24 hours afterwards it was registered. Is this another ‘equally untrue’ statement, or what is it?

“Is it not, sir, an insult to the intelligence of your readers to speak of an ‘overwhelming majority’ when that resolution by Mr. Clayton ‘that Mr. Houlding’s scheme be not considered’ was carried by a meeting that did not contain 20 out of a membership of 500?

“Let your correspondent look nearer home for his statements, and let him apply the little proverb about the mote and the beam. Why, if “Loyal Evertonian” and his friends are so sure of this vast majority, do they refuse a poll of the members? And why do they refuse the president the list of members’ names and addresses?

“Surely they are not afraid. For they tell their president that any communication he may desire to make to the members of the club he must place in the hands of the committee, who will decide whether it be for the good of the members to receive it. Could Russian censorship go further?

“Your correspondents bathos about the English Association I leave to the common sense of your readers, feeling confident that they can see through it, and that the members of the Football Council are fully able to judge the merits of a case on its facts, and are not likely to be misled by any sycophantic claptrap.

“Poor Mr. Dick, in ‘David Copperfield,’ could not keep ‘King Charles the First’s head’ out of his memorials, and his type still exists in your correspondent and others, who cannot keep the ‘Sandon Hotel’ out of this question. What has the E.F.C. to do with the Sandon Hotel? Let ‘Loyal Evertonian’ tell us of the Buck Hotel, recently rebuilt, of the Royal Hotel, and of Tarbuck’s, all nearer to the field than the one he mentions. When he alludes to the Anfield-road ‘gate’ being closed, why does he not, in fairness mention the petition for the closing of that gate, signed by the residents in Anfield-road, acknowledged by and acted upon by the committee?

“I am pleased to be assured of dressing-rooms on the ground. Perhaps your correspondent can further enlighten us on those points. Mr. Pye carried a resolution at the last annual meeting instructing the committee to build dressing-rooms on the ground, and plans were drawn up and submitted by Mr. Ramsay, by Mr. Houlding, and by the architect, and the majority on the committee (‘Loyal Evertonian’s friends) burked them all.

“Then why all this swaddle about ‘hostile crowds’ and ‘danger and indignity.’ Before your correspondent dare write in this strain he should (if possible) clear his friends of the stigma that rests upon them of being the party that stood in the way of this much-needed improvement. ‘Loyal Evertonian’ states that when permission is given to certain parties still further light will be thrown on this question.

“This Mr. Editor, is what we have been waiting for anxiously and impatiently, and if the time be now come when those oracles can speak, let us learn the truth in reply to the following question: –

(*) What answers did Mr. Clayton get from the publicans who had public-houses near to and adjoining all the grounds visited by the sub-committee, viz., Boaler-street, Police Athletic, Lower Breck-road, Priory-road, Arkles-lane, and Goodison-road?
(*) What has become of the £500 ordered by the members to be invested?
(*) What is the present financial position of the club?
(*) What check is there on the receipt of gate money?
(*) What have the committee cost the club in travelling expenses, &c.?
(*) How much do the contractors want as a deposit before starting work at Goodison Road?

“These are a few easy ones to go on with, and when they are answered I may give ‘Loyal Evertonian’ credit for knowing something about the question. Meanwhile, sir, I have the honour to be, your obedient servant.