February 24, 1894
William McOwen, the Liverpool goalkeeper, is a Lancashire player, and first gained distinction in the Blackburn district. He kept goal for Darwen during the period of their revival some four years ago, and his fearless style so please Mr. Houlding that when the Liverpool club was formed he was engaged as goalkeeper, in which position he has gained himself many admirers.
(Leicester Chronicle: February 24, 1894) 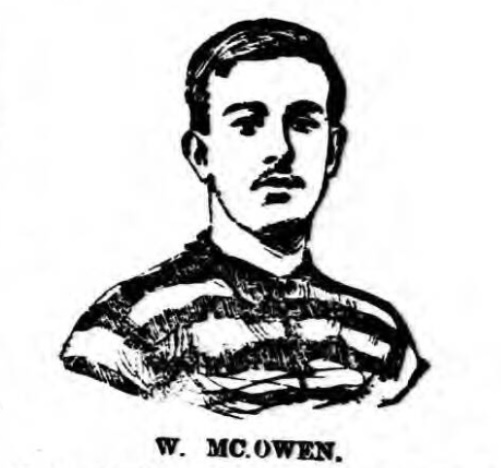