August 17, 1895
Notts County have before them a season of hard work, their task being more arduous even than last year. It is absolutely imperative if they desire to regain their old position in the First League, that they should either by first or second in the Second Division, and with such clubs as Liverpool, Darwen, Newton Heath, and Leicester Fosse opposed to them they will need to be at their best all the season through.

Fortunately there is quite a plethora of players to selected from, and the executive fully believe that success will attend their efforts. They at least have done their best; if rests with the players as to what the result shall be. As in the case of their neighbours and rivals, Notts, have not searched here and everywhere for players with “reputations,” and the consequence is that they will rely mainly upon the players who served them last year, although there are one or two new faces.

To most people the reappearance of Dave Russell in Nottingham, this time wearing the Notts colours will be a source of keen interest, and if only he players up to his old style Notts should not regret having signed him. Singularly enough another new player is an erstwhile member of the Forest, namely Neil McCallum, whose brilliant work for Newark last year had induced the County committee to obtain his transfer. Jack Connor, also of Newark, a full back with fine kicking powers and good tackling ability, joins Notts for the first time, while F. May, another player from the same borough, will act as George Toone’s understudy, William Brown having gone to Ilkeston. 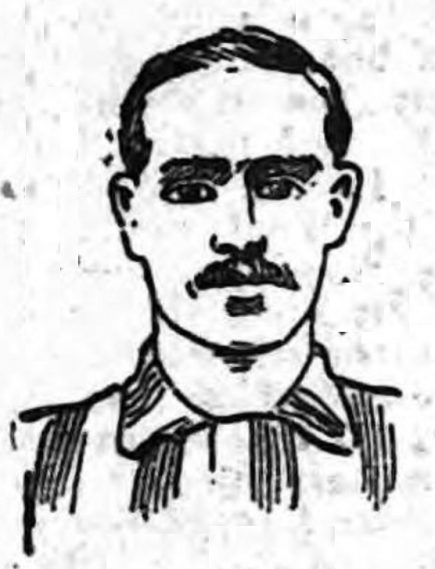 Large number of applications have been received from local players, and the difficulty has been to select those to whom a trial should be given. Several well-known amateurs still remain upon the League list, and are qualified to play for Notts, notably: Messrs. W. Arnott, Charles Burgess Fry, A.H. Harrison, and Arthur George Henfrey.

Practice commence next Monday evening on the Castle Ground, and the team will be trained, as in the past two seasons, by J. Goode.

A friendly match with Loughborough on the Castle Ground opens the season on September 1, and on Saturday September 7 Liverpool will be met in the first League match upon the Town Ground, which has been kindly lent by the Forest committee. Then follow two matches away with Burslem Port Vale and Newcastle United respectively, after which Trent Bridge will be opened on the last Saturday in September by a match with Darwen.

Certain alterations have been made at Trent Bridge, by which the club have been able to secure a three years’ lease of the ground from the trustees at a reduced rental. The dressing-rooms in the new pavilion will not be utilised in the future as they have been previously, but some rooms on the Gamston Lane side of the ground are to be fitted up. An important departure, too, is being made with regard to reserved seats on the pavilion, following out the idea of the resolution passed at the annual meeting of shareholders. Most of the centre portion has been set apart for this purpose, plans have been prepared and sent out to each shareholder. It is hoped that this innovation will be approved, and that it will conduce to a larger measure of support.

Mr. Tom Harris is again acting as honorary secretary, and the reserve team, who have entered for the Notts League and the Senior Cup, will be under the charge of Mr. E. Stanley.
(Source: Nottinghamshire Guardian: August 17, 1895)