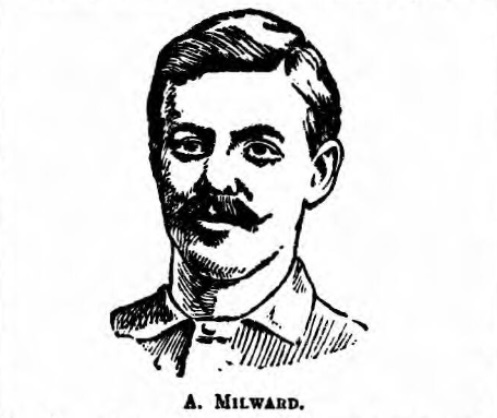 November 30, 1896
A meeting of a special sub-committee of the Lancashire Association appointed to deal with offences on the field was held last night, at Blackburn, Mr Woolfall presiding. Alf Milward, the Everton international forward, was reported by Referee Lewis for deliberately kicking John McCartney, of Liverpool, in the League match a fortnight ago. Millward then apologised, and pleaded provocation. He also expressed regret for having lost his temper. The committee suspended him for seven days.
(Liverpool Mercury: December 1, 1896)