March 1, 1897
Mr. John Charles Clegg presided over a meeting of the Football Association`s council, held at the offices, 61, Chancery Lane, London, yesterday evening. There was a large attendance. The Cup draw was the first business on a rather lengthy agenda paper, and resulted as follows: –

In the replayed ties in the third round, Mr. A. Davis (Marlow) will officiate as linesman in the Aston Villa v. Preston North End match, in place of Mr. Timbs, while in Nottingham Forest v. Liverpool Mr. Arthur Kingscott (Derby) will referee, Mr. J. Brodie being unable to act, and Mr. M.J. Roberts (Derby) will be linesman instead of Mr. Howcroft.

Proposed alteration in the laws.
A report was received from the rules revision committee suggesting various alterations in the laws of the game, which will have to be submitted to the International Board. Many of the alterations are merely verbal in character, to prevent misunderstanding.

The  dimensions of the field of play are altered as follow: – Maximum 130 yards by 100 yards, minimum 100 by 60; for international matches, maximum 120 by 80, minimum 110 by 70. The duration of the game is fixed at 90 minutes unless by mutual consent. The interval is mentioned for the first time, and must not exceed five minutes, except by permission of the referee, while it is stipulated that the game should be played by eleven players on each side. Notice of change of goalkeeper must be given to the referee. “Kicking” is substituted for “hacking” in law 10, and the definition of the latter; while the goalkeeper may not be charged unless holding the ball or obstructing an opponent.

The restrictions as to metal projections, &c., in law 11 are extended to any portion of the boot, instead of soles and heels only.

The linesmen are subject to the instruction and decision of the referee, “to assist him in carrying out the game in accordance with the laws.”

With regard to law 8, it is suggested to the International Board that the same should read: – “A player shall neither carry, knock on, nor willfully handle the ball, “ &c.

It was decided to hold the International Conference at the Crystal Palace on April 3, at eleven a.m., Lord Kinnaird to preside, and Mr. D.B. Woolfall to represent the Football Association in arranging the international matches.

Afterwards the Selection Committee chose the following to take part in the above match between amateurs and professionals, to be played in London, at the Queen’s Club, on Monday, March 15. 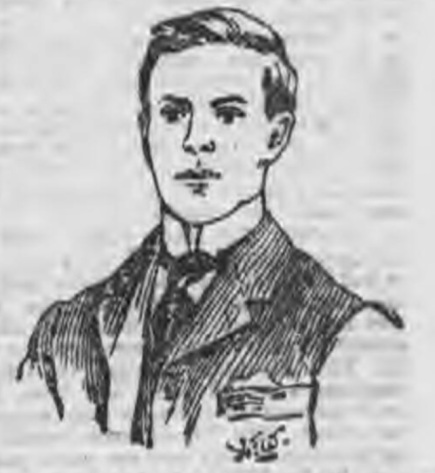 The other business transacted related principally to complaints and suspensions.
(Liverpool Mercury: March 2, 1897)