October 25, 1897
Liverpool were again favoured with delightful weather for the first of their League engagements with Derby County, and another capital attendance witnessed the success of the home players, which, with its attendant, couple of points, places Liverpool in a highly satisfactory position in the tabulated list.

Although the margin of goals in their favour at the close was a comfortable one, there was an anxious period in the second half, when Derby appeared to have more than an outside chance of drawing level, for when a clear lead of three goals had been reduced by two, with the irrepressible Steve Bloomer bursting forth at intervals with his well-known dangerous dashes, the prospects of the Liverpudlians did not look very rosy, and it was near the close ere Robert Marshall placed the issue beyond doubt with a beautiful header.

That the home team deserved their victory is unquestionable, but the game was contested in such a determined manner, both sides showing excellent qualities, that one can also sympathise with the losers, who furnished such a stubborn opposition. From start to finish the contest was carried on at high pace, the interest never lagging, and just when the game might have become monotonous owing to the one-sidedness of the scoring, the dual success of the visitors imparted a vivifying stimulus, and the play waged fast and furious to the close.

A victory naturally carries with it a certain degree of satisfaction, and to score four goals enhances that success, nevertheless the work of the home forwards might easily have been more effective. They did not make the most of their chances; had they done so, at least half-a-dozen goals would have been their share. Cool-headedness in front of goal, with an apt knowledge of what is best under the circumstances, would have tended to the addition of more goals; and not only on Saturday, but in previous games, has this failing been apparent.

Excellent work in mid-field has led to the opening of glorious chances, only to find the whole movement rendered useless by rash and aimless endeavours at the last moment, and opposed by a sterner defence than that of Derby, the results might not have been so favourable to the home team.

Apart from this, however, the Liverpool forwards indulged in some excellent work, and the inclusion of Andy McCowie to partner Harry Bradshaw worked very well. The diminutive left-winger infused any amount of energy into his work, and if only for this he deserves commendation. It was an agreeable change from the useless finessing which is rapidly going for the left wing an unenviable notoriety, and its efficacy was clearly apparent. Harry Bradshaw was unable to do himself justice, thought he put in some excellent work, but in the second half reverted to the methods of dallying with the ball, with the usual results.

Daniel Cunliffe gave a good display in the centre, working energetically and untiring throughout, whilst Robert Marshall played a capital game, and the tendency to hold on to the ball too long was less marked, with the result that the right wing pair caused the Derby defence considerable trouble. William Walker was off colour in the first half, but improved considerably in the later potion of the game.

Joe McQue signalised his re-appearance in the team by opening the scoring, and up to the time of his injury operated in fine style, but although at a disadvantage afterwards he pluckily continued to the end of the game. On the whole the halves were equal to most demands upon them, but Thomas Cleghorn found the Derby right wing a troublesome pair, and as the bulk of the visitors’ attack centred here, he was kept fully employed.

The backs were not so safe as is their work, and Tom Wilkie was repeatedly beaten. He had, it is true, the cleverest part of the Derby team to face, but was unable to keep it under control, the speed and trickiness of his opponents being clearly superior to his powers of defence. Archie Goldie was seen to better advantage, and Harry Storer kept goal well, the opposing forwards finding him plenty of work, through as a general rule he experienced little difficulty in repelling their shots. 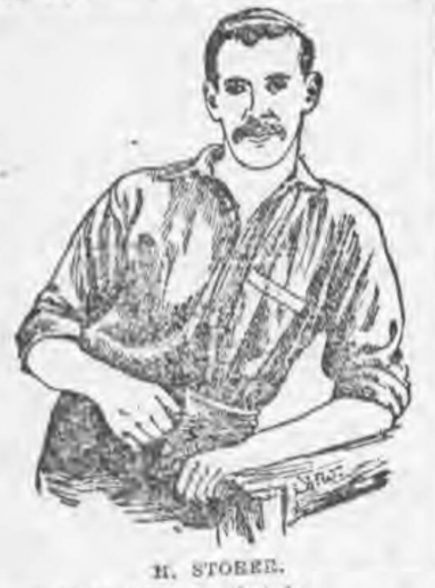 The Derby forwards gave a nice exhibition, and with the veteran John Goodall in the centre had a most capable leader. The bulk of the attack, however, rested with the right wing, and in the first half the left wing pair had scarcely any opportunity of showing their ability. Steve Bloomer and Alexander Maconnachie proved very tricky, speedy, and tenacious, the outside man, however, being the best forward on the side. Though small, he is dangerous when on the ball, and requires some dispossessing. Bloomer was not particular successful, but was always on the alert for a long kick from his backs, and his speed served him in good stead, as witness the second goal.

John Goodall gave many glimpses of pristine skill in placing the ball to his men, and his excellent judgment gave them opportunities which a less capable player would never have grasped. He certainly retains his form in wonderful fashion.

The halves did well for three parts of the game, but Jimmy Turner palpably tired towards the close, a failing which was also apparent amongst the backs. The defence in this portion of the team was by no means strong, and was repeatedly beaten, whilst Jack Fryer, who saved extremely well at times, was fortunate in clearing in other cases.

Liverpool’s victory was well deserved, and the difference between a win and a defeat is shown by their altered position in the League table. They now occupy fifth place, but will be severely tested this weekend, when they meet the champions, for the first time this season, at Birmingham.
(Liverpool Mercury: October 26, 1897) 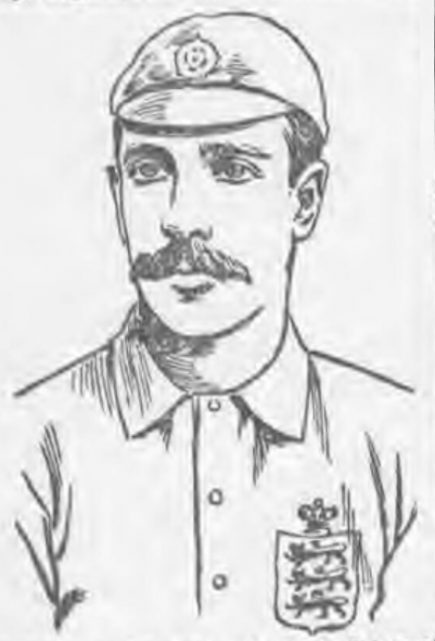 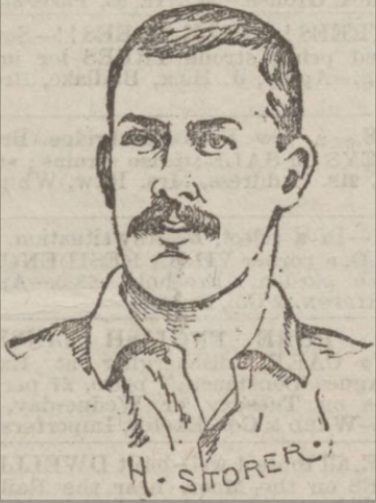