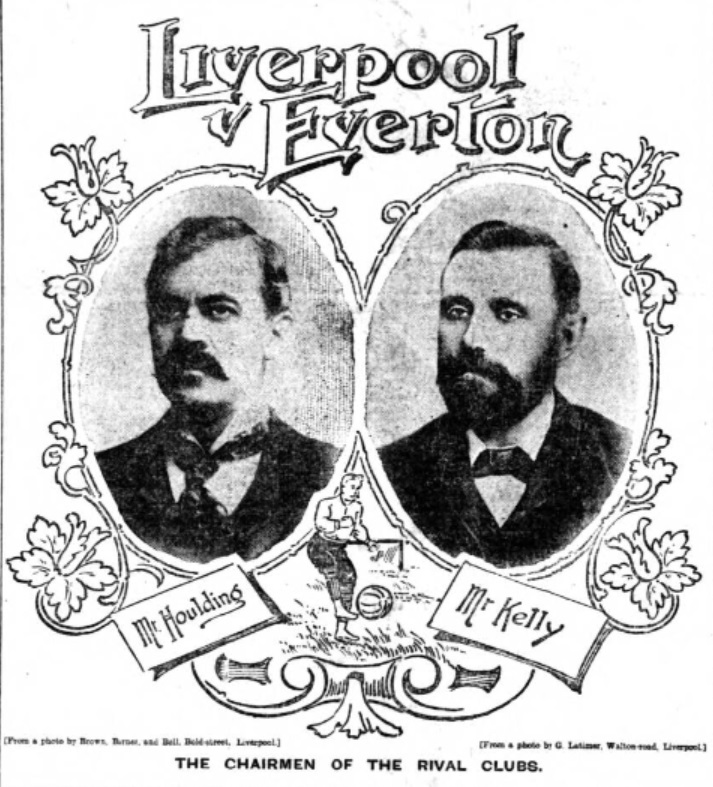 September 14, 1901
Key note: “There was a serene sense of satisfaction in the atmosphere at Anfield shortly after five o’clock on Saturday afternoon for the all sufficient reason that 30,000 people had witnessed a magnificent struggle between Liverpool and Everton and everybody went away satisfied for it was felt that the draw of two goals each was a fitting termination to an Olympian struggle. Just towards the close, when the minutes were fleeting away, McGuigan made a tremendous effort to give his club the winning goal, but there was a sigh of relief when his final shot failed, for it was generally recognized that honours easy was the best possible termination to a pull-devil-pull-baker kind of battle. If the standard of play in all League matches were as high as in the game between these fierce rivals there would never be any cause for grumbling as to the quality of professional football.” (Athletic News: September 14, 1901)