A new centre forward was tried by the Liverpool Reserves in Smith, who scored both goals, and acquitted himself as well that he is likely to be a fixture. If they could do nothing with half a gale behind them in the first half, it stands to reason that the Whistlers had still less chance in the second half; their forwards gave Perkins scarcely a touch of the ball, while Gaskell was punching and kicking out almost continually. He acquitted himself capitally, and had fair support from the backs; the halves, next to the goalkeeper, were the mainstay of the Rovers, but their forwards scarcely ever got a straight run, and were at times all in a knot, obstructing each other more than their opponents. Pope and Longworth did better than Knowles and Richardson; Calverley fed the left wing judiciously, but Hall was over-weighted and out-maneuvered by Raisbeck, and made little show.
(Lancashire Evening Post, 06-04-1903) 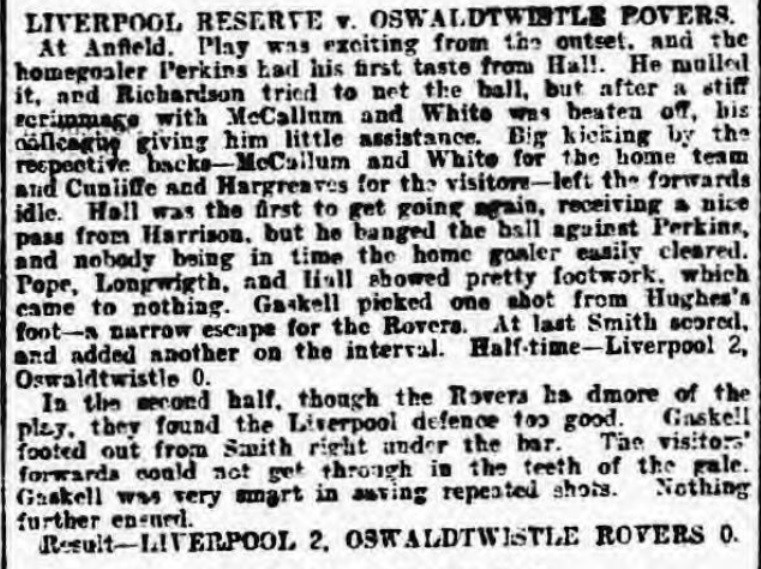