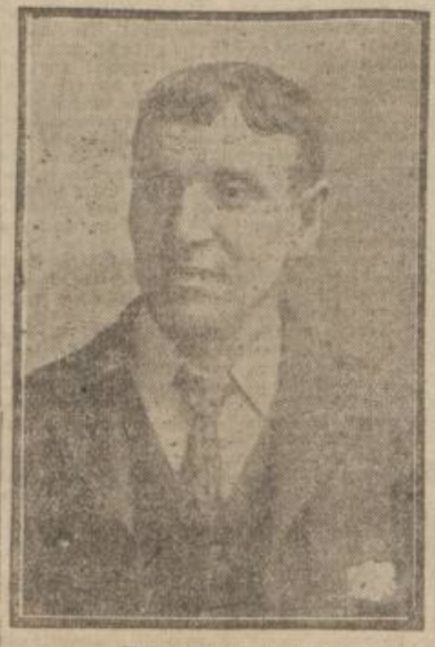 Saturday, October 3 – 1903
We give our readers to-day a photo of Hugh Morgan, of Dundee F.C.
Hugh was born at Longriggend, a mining village near Airdrie, and commenced his football career in the ranks of the Longriggend Wanderers. In 1895 he was selected to play v. England in the junior international. His display on that occasion attracted the notice of some of the senior officials, and after some negotiating he was prevailed on to join St Mirren, in whose ranks he quickly gained a national reputation.
In 1898 the S.F.A. selected him to play against Ireland at Belfast, and against Wales at Motherwell, Scotland winning both matches, the former by 3-0 and the latter by 5-2.

In the same year he represented the Scottish League v. Irish League at Carolina Port, Dundee. Those who were present that day must have a vivid recollection of the brilliant play of Morgan and Alick Smith of Rangers. They comprised one of the finest wings ever seen on a football field.

What astute judge of a footballer Tom Watson, of Liverpool was watching the game that day, and was so taken with Morgan’s play that he paid St Mirren what was then a record sum for his transfer. While with Liverpool Morgan partnered Tom Robertson on the left wing. In 1898 this wing was undoubtedly the strongest in England, and the Scottish Association conferred on Morgan the greatest honour at their disposal by selecting him to play v. England at Birmingham.

At the end of the following season he was transferred to Blackburn Rovers, for whom he has done good work. As a player he is a master in the art of combination, is most unselfish, and always trying to make openings for his partner.
His best work has been done at inside left, but we see no reason to doubt why he should not be as great a success at inside right.
(The Evening Post, 03-10-1903)