September 9, 1905
The latest recruit to southern football is the Chelsea Club, which opened its gates to the public on Monday evening, September 4. It bids fair to be a power in the football land, for its enclosure, when completed, will be one of the most comfortable and commodious in Great Britain, and the team should prove strong enough to gain a prominent position in the second Division of the League.

Already upwards £30,000 has been spent on the ground, and accommodation is being made for 150,000 spectators. The covered stand is a model structure. Built to hold 6,000 people, it is replete underneath with rooms for the players, officials, and visitors, and the baths provided for the men are in advance of any in the South.

The right sort of sportsmen are connected with its management too, The Earl of Cadogan and Mr. C.B. Fry are the President; and the directorate include Mr. H.A. Mears and Mr. G. Thomas. Mr. Mears owns the ground, and he is practically superintending its making. He is a keen sportsman, and is as well-known in racing circles as in connection with football.

In Mr. Thomas, of Southampton, he has a worthy colleague, for there is no more enthusiastic supporter of the winter pastime than the Sotonian. He is proprietor of the Southampton Club’s ground, accompanies the men to most of the matches, and an international game would not seem itself if he, and Mrs. Thomas, were not among the spectators.

Then there is Mr. Fred W. Parker, as hon. financial secretary. Mr. Parker has been connected with athletics for many years, and is one of our best-known handicappers. He is found of sports in all its forms and occupies the position of secretary of the London Athletic Club.

The players are all good-class men, the older ones having made great reputations on the field, while the younger are full of promise. A few particulars about them may be of interest.

Goal:
Bill Foulke (captain and goalkeeper) comes from Sheffield United. He has kept goal for England. He is the bulkiest football player living, and is such a mountain of flesh between the posts that opposing forwards are said to have complained that they had not sufficient of the goal to shoot at. As a compromise that marks should be drawn on Foulkes. If the ball hit him inside the marks it was a save, but if outside the shot should count as goal.

Mick Byrne (Southampton) is understudy to Foulkes, and is likely to make a great name for himself.

Backs:
Bob Mackie (Heart of Midlothian) is 22 years old, a clever and determined tackler at back, and was one of the fastest men in Scotland last year.

Tommy Miller (Falkirk), 22 years, was looked upon as the Burgess of Scotland. He is little, but strong, and absolutely fairless.

Bob McEwan (Glasgow Rangers), 23 years, has had experience both with Bury and the Rangers. He is a player of the “Donald Gow” type, with plenty of speed and a safe kick.

Half-backs:
George Key (Heart of Midlothian), 24 years, should be one of the “stars” of the team. He is a Scottish international, a safe tackler, and players well to the forwards.

Bobby McRoberts (Small Heath), 29 years, was formerly a centre-forward, but is now playing centre-half, where his speed and judgment should prove of great account.

John T. Robertson (manager), 28 years, comes from Glasgow Rangers, and formerly played for Southampton. He holds seventeen International, and six Inter-League caps; and has captained Scotland both for the Nation and the League. He is a half-back of resource, tireless and determined, and the wing facing him will have to be clever to get the better of the argument. He does not like the sea, and twice refused to play against Ireland as he dreaded the voyage. His friends say that he makes up on land for any fear he may display on the water.

Forwards:
Marty Moran (Heart of Midlothian), 25 years, is well-known in the South owing to his connection with Millwall. He is tricky, cool, and centres well.

David Copeland (Tottenham Hotspur), 28 years, used to play inside left for the Spurs, but has been transferred to the other wing.

Jimmy Windridge (Small Heath), 22 years, is a coming international. He has speed and cleverness, and shoots well. 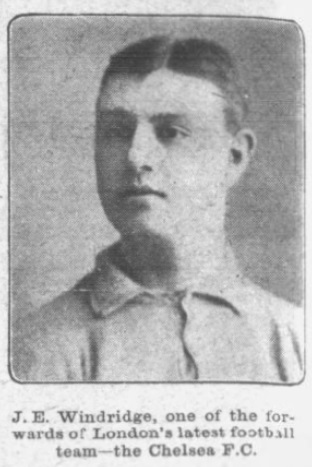 Jack Kirwan (Tottenham Hotspur), 27 years, is the Irish International who did such sterling service for the Spurs.

Charles Donnachie (Glasgow Rangers), 21 years, is built on the small side. He has got command over the ball, and centres beautifully.

Forwards:
Francis O’Hara (Coatbridge), 20 years, controls the ball cleverly, has speed, and puts plenty of power into his shooting.

Altogether the team appears a strong one from the goal to the centre-forward. 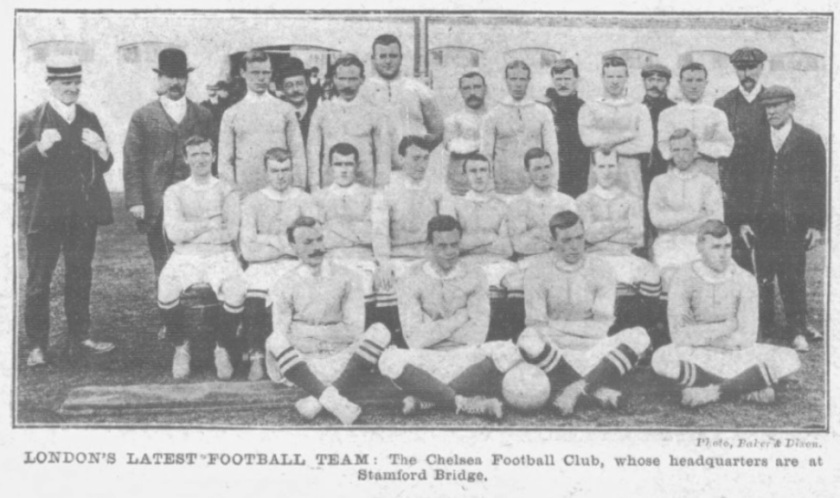