February 13, 1906
Southport Central have had no more brainy player for many years than Andy McGuigan, who has done such good service for them in the forward line this season. There are about his tactics on the field those subtle touches of skill which mark him out as much above the commonplace.

In the revival which now seems to have come to the fortune of the Sandgrounders, McGuigan has had no small share.

The features of his play are his capital control of the ball, and accurate feeding; and, while he adapts himself admirably to the success of the forward line as a whole, he never hesitates when opportunity demands to exhibit a rare dash of individualism.

Like most of the Southport forwards, his shooting this season has been rather streaky, but several times he has furnished a good account of himself with fast, low drives. He has figured at centre, and in both inside positions.

His methods are characterised by sound judgment and artistic execution.

McGuigan was born at Newton Stewart, Scotland, and he first played at inside right with the local team, with which he was connected for four seasons.

He quickly won honours, appearing in the Scottish trial matches, “C” team, in the season 1896-7; in the inter-county matches for the Southern Counties against Glasgow Association and Cumberland; and for Galloway against Dumfriesshire in 1897-8.

The following season he went to Edinburgh Hibernians, with whom he had a couple of campaigns as inside right.

His next migration was to Liverpool, in which club he was connected when they won the English League, 1900-1, for which he received a medal. He figured in the final for the Liverpool Cup when the Anfielders beat Everton, securing a medal in honour of the event.

After being with Liverpool for nearly three seasons, he was injured in an English Cup tie against Southampton in the February, and he never played again that season.

In December, 1902, he was transferred to Middlesbrough, who paid £300. Unfortunately, his knee gave way in the first League match, he engaged in for them, and the only further service he was able to render his new club that season was in a single friendly.

In an operation he had the cartilage cut out of his knee. It was not until January, 1904, that McGuigan played a few games for Middlesbrough.

The next season, 1904-5, he joined Brynn Central as the pivot of the forward line, and scored nearly 30 goals.

It will be gathered from this brief record of his career that McGuigan has enjoyed a capital record which would have been finer, those who know him are convinced, but for the unfortunate injury he received.
(Source: Lancashire Evening Post: February 13, 1906) 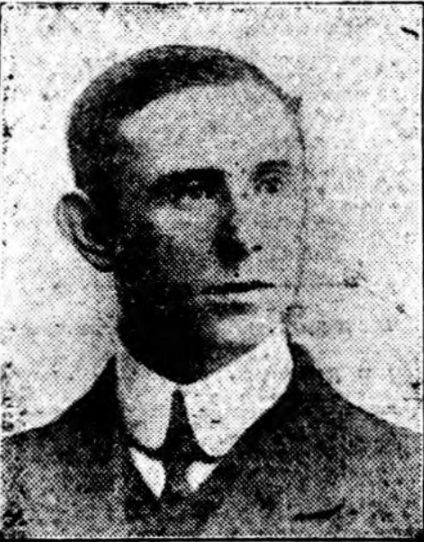