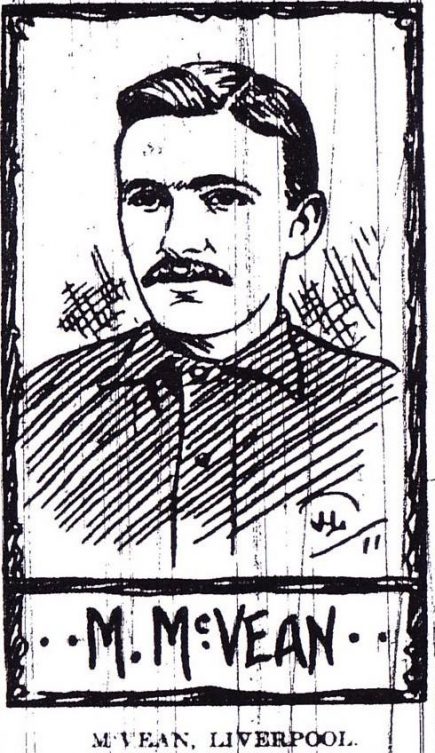 All articles about Malcolm McVean on PlayUpLiverpool.com.

About Malcolm McVean:
“McVean was a native of the Vale of Leven, and was a prominent player for the local club, thereafter joining Third Lanark and Liverpool. In the latter club he was associated with the famous Jimmy Ross, and the pair was considered one of the finest wings in England. Acting on the suggestion of Jack Hillman and Bob Kelso, Dundee secured McVean in 1897, and although he played many fine games at Carolina Park, his form was too erratic to be altogether satisfactory. McVean was of a sociable disposition, and being gifted with a rare fund of dry humour, was a most interesting companion.” (Dundee Courier: November 11, 1907)

DID YOU KNOW that when a Canadian “soccer”-touring party visited Great Britain in 1891 they played in total 57 matches, the first match was against Third Lanark, who gave trial to Vale of Leven’s Malcolm McVean, who scored the opening goal against the Canadians? The first goal registered on their 1891-92 tour.

Position: Outside right, but played in most forward positions.

Note:
* The transfer from Liverpool to Burnley with Jimmy Ross was very a “speculative” one. Burnley, in danger of playing test matches to survive in the First Division, strengthened their team when four matches remained of the regular season. League ruling at time said that a player playing a test match for a club must have played four League matches prior. 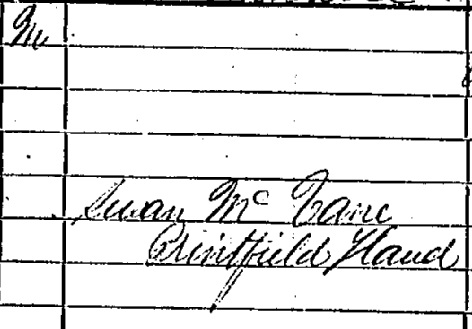 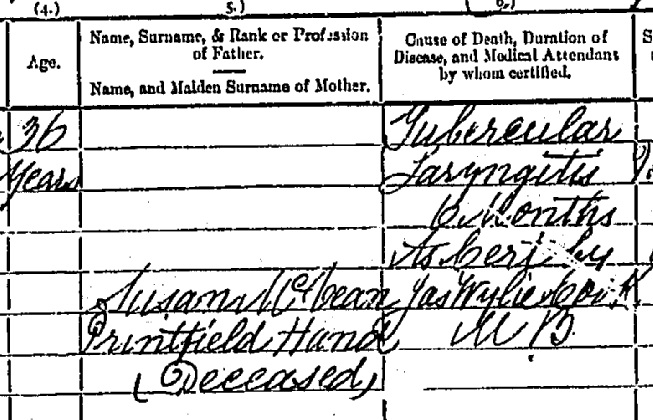