August 31, 1907
Monday’s final practice saw the League team assert themselves to the full and win handsomely, which is contrary to rule in the Anfield camp.

In this they were materially assisted, however, by an early accident to Jack Parkinson, the Whites’ centre forward. In the latter team a trial was given to Harry Wightman, the New Brighton amateur back, and he had as partner Billy Dunlop, Tom Rogers being unable to turn out owing to a damaged ankle.

James Gorman superseded George Latham at centre half, whilst forward Allan Ramsay was partnered by Sam Bowyer, Harry Fitzpatrick crossing to inside right, Charles Hewitt having been transferred to the Reds’ eleven alongside Arthur Goddard. Robert Blanthorne disappeared from centre, and Parkinson acted as pivot, Joe Hewitt being centre in the Reds’ attack.

After less than 15 minutes’ play, Parkinson was damaged in a collision with Sam Hardy, who had run out to challenge the local lad for possession after Parkinson had broken past Percy Saul very cleverly. The unlucky centre had to retire minus two teeth, and suffering from concussion, and the Whites in consequence grew disorganized. Their opponents were relentless, and won handsomely by five goals to nil.

William Macpherson secured a couple of capital goal, as did the new man C. Hewitt, whilst Joe Hewitt chipped in with a good one. Edward Husbands stopped many hard shots, but seemed lacking in judgment when leaving his goal to deal with centres or cross-shots; also in the manner of his clearing.

Wightman was somewhat over-weighted by such a puzzling pair as Jack Cox an Blanthorne, but should improve. Tom Chorlton might have rendered him rather better support, I thought. The veteran back, Dunlop, however, proved a Trojan in defence, and his cover-goal work was time and again immense.

James Hughes was the best of the Combination half-backs, and should be useful, at need, to the League team. Ramsay worked well against heavy odds, as did Bowyer on occasion, but Fitzpatrick must remember to make away quicker when given possession.

The League team have but to reproduce Monday’s form to make a fine start in the campaign. The forwards particularly pleased. Last season they created good openings time and again, only to finish in miserable weak fashion. There now seems a fair prospect of this being remedied.

Joe Hewitt distributed the play in something approaching his best style. Macpherson and Cox are likely to constitute one of the most dangerous and puzzling left wings in the League, whilst C. Hewitt bids fair to make an industrious partner for Goddard, who on Monday was just at his zenith in skimming along so pleasingly to centre or shot so sweetly. But all five had reason to thank the backing up of their half backs, for Alex Raisbeck is already up to his old international standard. This is no exaggeration. I state it confidently he is a far different man from the Raisbeck of a year ago.

Maurice Parry took matters seriously, and what seemed too high for Bowyer’s head to reach proved get-at-able to Parry’s pedal extremities! James Bradley was class throughout, and Alf West played with confidence and ability. Percy Saul was good.

Indeed, so good all round was the work of the winners that I should imagine the eleven will go unchanged to meet Nottingham Forest on Monday, although Dunlop, Robert Robinson and Parkinson, as a trio are perhaps equal to the men who may be given precedence for the opening match.

Still, everybody cannot play. The team was selected last night. Parkinson, I hear, has almost recovered from his mishap of Monday, which is good news. He is a most unlucky man, year after year.

Liverpool won 2-1 when last on the Forest ground, Joe Hewitt scoring both goals, but we must not forget that Liverpool were then at the top of the table, whilst the Forest were candidates for Division II. An opening victory would delight the hearts of ardent Anfielders.
(Source: Cricket and Football Field: August 31, 1907) 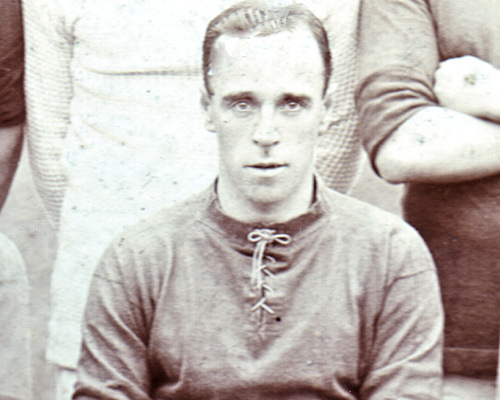