A heavy task awaits Derby County when they visit Anfield Road to-morrow, but they have a good record behind them, and by no means despair of pulling through. Both sets of players are in training at Blackpool, and the final selection has been deferred until to-morrow.

The teams have met on 25 occasions, on 12 of which Liverpool have been victorious, whilst three of the matches have been drawn. In the aggregate Derby have scored 35 goals against 44 by Liverpool.

The following is a list of the previous meetings: – 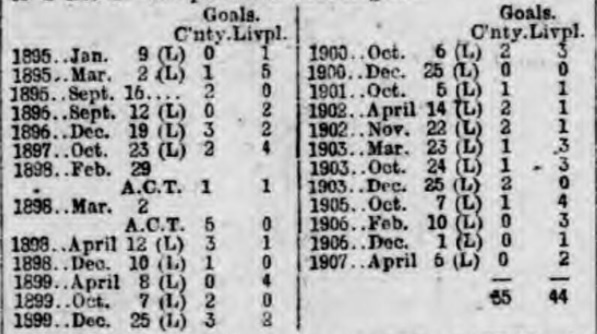