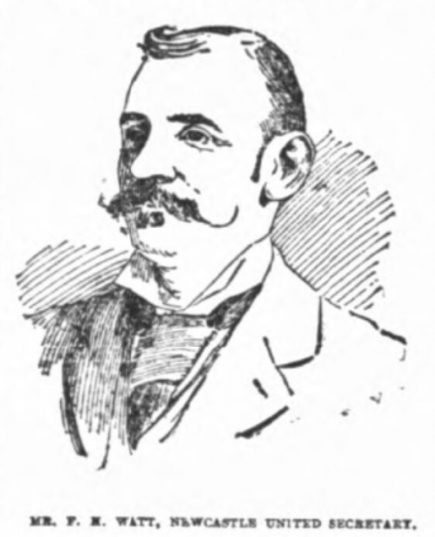 April 17, 1908
Liverpool at Newcastle.
The Livers cannot look back to their encounter with Newcastle with any satisfaction. They have met three times this season, twice in League matches and once in an English Cup Tie, and each time the Livers have had to bite the dust. It is quite true that each time they have met they have scored, but as Newcastle have netted the ball eleven times that is small consolation.

In the League game at Anfield the Northerners were at their best, and playing one of the finest games it has been my lot to see they simply ran round the Red men. In the Cup Tie at St. James’s Park, the elements spoiled the game, but still Newcastle were the better team. And the same must be admitted in regard to Saturday last.

Absentees.
There were absentees on both sides, but although the brilliant Jock Rutherford was away from the Magpies, I do not think his loss was so keenly felt as that of Sam Hardy. Percy Saul, of course, was absent, but it was a surprise to learn that Alex Raisbeck could not play, having returned from Carlisle – where the team stayed overnight – on Saturday morning. The half-back line was therefore Tom Chorlton, Robert Robinson, and James Bradley, Maurice Parry having been given permission to play in the Irish-Welsh International.

Forward, Ronald Orr played against his old comrades, and he partnered Mike Griffin, who deputised for John Cox. Arthur Berry, the Oxonian and amateur international, partnered Arthur Goddard, who with Joe Hewitt completed the line.

The match was for the joint benefit of Mr. Frank Watt, the secretary of Newcastle and Bill Appleyard, the centre forward, and it was exceedingly hard lines on the latter that he could not play. Peter McWilliam was likewise away, still nursing his ankle, otherwise the home team was at full strength.

The game.
The game was fairly well fought, although Newcastle seemed inclined to take matters easily. It must be interfered that they were giving anything away, however, for they presented a very solid defence to the Liverpool attacks, and their half-back line early proved in good form. The first goal came from a hard drive by Jimmy Howie right along the line. Ned Doig got to it all right, but the referee adjudged that it had crossed the line, and despite an urgent appeal by the veteran goalkeeper, it was allowed.

George Wilson scored the second, and first Alf West and then Doig was at fault. George Jobey added the third, and then Liverpool got a sort of consolation goal, Orr being the scorer. This completed the tale, and Liverpool retired beaten.

The home team.
Jimmy Lawrence had not a great deal to do, for he was well covered by his backs, Billy McCracken and Dick Pudan. But he is an eminently safe keeper. The Irish international was too good for Griffin altogether. At half-back the three men who operated against Fulham were playing, and in their own individual way each did well. Colin Veitch was clever and skilful, Alex Gardner, sound and judicious, and David Willis robust and solid. They are three good men.

Forward, George Wilson only occasionally exerted himself, but Scott Duncan played well. Howie made him a good partner, and Jobey, who usually plays half-back – made a creditable centre-forward.

Our team.
For Liverpool, Doig, in goal, was weak and shaky at first. He improved later, and in the second half he made several brilliant saves, which, however, could not compensate for what had gone before. The backs were in some extent affected by his example, and of the halves, Bradley alone shaped like a class man. Both Robinson and Chorlton worked hard, but their work was oft-times rendered futile by a weak finish. Still Robinson has played forward the best part of the season, and can hardly be expected to drop at once into a half-back’s work, while Chorlton wants time, for he has only just begun to get into the fray since his severe illness.

The forwards were disappointing. Arthur Goddard put in some fine runs, but Griffin did but little. Of the inside men, Joe Hewitt manipulated the ball well, while Orr betrayed some cleverness. It would be unfair to judge Arthur Berry on his initial League appearance, but he did sufficient to show that if he cares to take to the game seriously he will be an excellent forward.

The holiday games.
Good Friday is always fraught with a vast amount of interest, for on that day it has been the custom for Liverpool and Everton to meet. This year the meeting is at Anfield, and as both teams require points it should be a battle royal. I fancy our team will about win. They won the first game, and unless Everton put up a vastly improved game I cannot see a different result in the return. Saturday we meet Middlesbrough. Last year Ironopolis beat us badly. We hope for a different result today, and likewise at Chelsea on Monday.