Played at Anfield, before 12,000 spectators. The visitors had the best of matters for a time, but their shooting was wild, Common and Bloomer shooting over when well placed. Play settled down later, and although both ends were visited no score was recorded when the interval arrived.

Resuming, Liverpool opened strongly, and had most of the play, but Williamson was fine in the visitors’ goal, and kept out many capital attempts. The visitors later put on pressure, and Cail ran down and centred in splendid style, and West being at fault, Thackeray had no difficulty in scoring. Liverpool then played vigorously, and the visitors’ backs had a warm time, but the home team could not score. Result: – Middlesbrough 1, goal, Liverpool none.
(Yorkshire Post and Leeds Intelligencer, 20-04-1908) 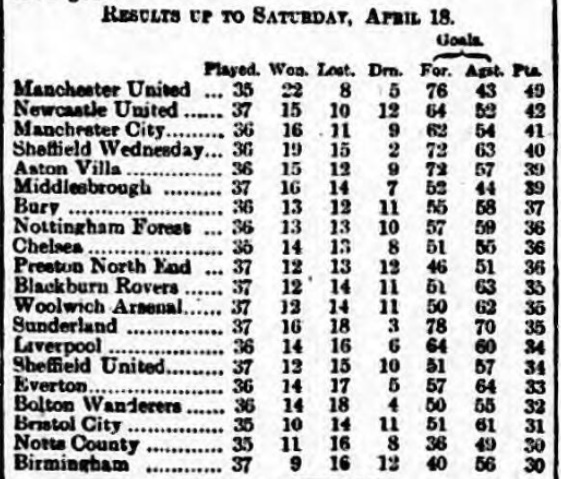