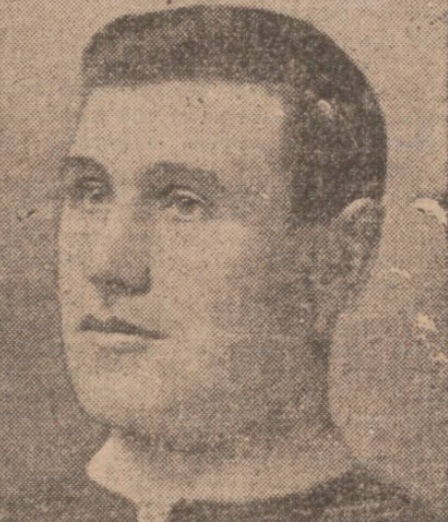 January 27, 1910
The death occurred at Panmure Street, Arbroath, of Mr. David Storrier, the well-known footballer. Deceased had been in indifferent health for a considerable period, and latterly his condition gave rise to no hope of recovery. He commenced his football career in the Arbroath Dauntless, at that time a well-known local combination. He then played in Arbroath as centre-half, securing several inter-county honours. From Arbroath he went to Everton, first playing in the second Everton, and then as full back in the first eleven. Storrier crossed the Border again and signed on with the Celtic.

While with the Glasgow team in 1899 he received several international honours, besides captaining Celtic, which that year secured the Scottish Cup. He played in the Scottish team against England along with Ned Doig, of Arbroath, in goal. After a term with the Celtic he signed on for Dundee, and afterwards returned to England, joining Millwall. Six or seven years ago he retired from the game, and started business in Arbroath.
(Source: Dundee Evening Telegraph: January 27, 1910)