December 12, 1911
Accident at Baths
Superintendent and Attendant
Immersed in Hot-Water Tank
Last evening a very serious accident occurred at the Blackpool Corporation Baths, Cocker street, by which Superintendent John Parkinson and an attendant, Isaac Howcroft, were severely scalded as the result of falling into a large tank of almost boiling water, owing to a platform giving way.

A tank about 12 feet by 9 feet and 6 feet deep is used for heating the salt water used for the baths, and as there had been water drawn off recently, the contents were almost at boiling point. The top of the tank is closed with a platform, and on this Howcroft went at about five o’clock this evening to close off the valve. Whilst doing this, part of the platform collapsed and Howcroft fell about four feet into about four feet of water. He was unable to extricate himself and his cries for help attracted Superintendent Parkinson and his wife who at once went to the rescue. Parkinson succeeded in dragging Howcroft out, when the portion of the staging that Parkinson stood gave way and he was precipitated into the hot water. His wife held onto Howcroft and as Parkinson gripped onto the woodwork to pull himself up he lost his hold and he fell back to be immersed a second time. He then made a desperate leap and gaining the side of a boiler he managed to scramble into safety.

Both men were able to get down the steps, and were immediately divested of their clothing. Dr Johnson was telephoned for, and he found both men in a pitiful plight, the skin falling to shreds from the lower part of their limbs. Parkinson was the worst, as in addition to being scalded, his arms up to his elbows had similarly suffered. The doctor gave them every attention, and they were put to bed at the baths, it was deemed inadvisable to remove the men in the cold weather in their then condition to the hospital.

Seen late last evening by our representative, both men were comfortable and comparatively easy, and in good spirits under the circumstances, Superintendent Parkinson is the well-known centre half of the Blackpool Football team, and before our representative left him he said, “I would a lot sooner be playing centre half than lying here.” He has for many years been a member of the Blackpool Lifeboat crew, and was with the boat the whole of Sunday night a month ago, when they went out to the wreck of the “ Rosaleen” at St. Anne’s.

Howcroft is a married man living in Moinster road, Blackpool and has been engaged at the baths for about three years as an engineer.

Parkinson deserves the highest commendation for his promptitude in rescuing Howcroft, for it is questionable whether he would have been able to get out of the tank without assistance.
(Source: Lancashire Evening News: December 13, 1911)

Note: Liverpool had two players named John, or Jack, Parkinson before the outbreak of World War 1. The local one, and most famous one, played for us from 1902 until 1914. The other one was a true hero from Blackpool. He arrived at Anfield in 1899, and only stayed for a season. The story above is about the Blackpool Jack Parkinson. 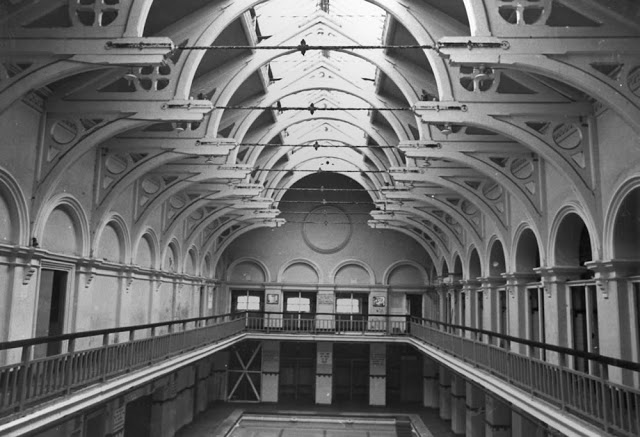