Monday, April 8 – 1912
The “Titanic,” the largest ship in the world, will sail on her maiden voyage from Southampton to New York on Wednesday. She is the latest addition to the White Star line and has cost nearly one and three quarter million sterling.

It is only just ten months ago that the White Star Line’s other leviathan, the 45,324-ton “Olympic,” sailed away from the same port on her maiden voyage. And now comes the 46,328-ton “Titanic,” combining in more sumptuous and luxurious degree all the accommodation afforded by a first, second or third class hotel, and in greater and more spacious measure all the capacity and appurtenances of a warehouse, repository, or store. Her full complement of passengers and crew is more than 3,000 persons.

From whatever aspect the distance is considered, her figures and features are immense. In the engine-room 300 men are employed. In the stokehold there are 129 furnaces to be kept going. In addition to all the usual saloons there are a gymnasium, a swimming bath, and a Turkish bath, while on the promenade deck outside the main restaurant there is a Russian café, where meals will be served in fine weather in the open air – another ocean liner novelty.

For just a year the “Titanic” will reign triumphantly supreme as the largest vessel in the world. Then her pride of place will pass to the new ship, the “Imperator,” which the Hamburg-American line is building and expects to put into service in April or May next year. Her tonnage in round figures will be 50,000, and she will include parlour suites with private deck promenades (the latest lure for the multi-millionaire) among her attractions. Probably there will be other novelties of accommodation. As yet they have not been disclosed. As in the case of the “Aquitania,” the new monster greyhound which the Cunard Company is building, many of the features of the “Imperator” have still yet to be disclosed. The battle for the blue ribbon of the Transatlantic passenger traffic is only just beginning again. For the moment the White Star line’s “Titanic” represents Britain’s determination to hold it for as long as possible, even at stupendous cost.
(Manchester Courier, 08-04-1912) 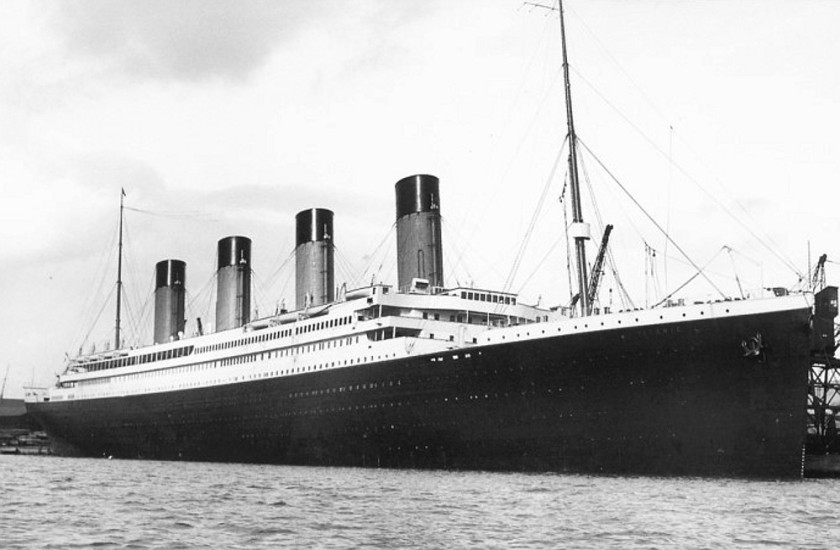