May 12, 1913
The Everton Football Club is probably the richest member The League. That ls the general belief, and there is reason for accepting this estimate. Moreover, it is staled, with some show of authority, that Everton expended £9,000 upon the acquisition of players in the early part of last year. The return for this outlay is not considered satisfactory, for in The League the club finished eleventh, with rather less than a point per match, while they fell in the fourth round of the Association Cup before Oldham Athletic, who have been described to me as a much cheaper team.

There are grumblers in the city on the banks of the Mersey. There are always discontented folks connected with football clubs. I have no doubt that I could find partisans in Birmingham and Sunderland sorry that their respective teams did not secure both the chief honours of the season. And so every spring the voice of the grumbler is heard in the parish of Walton. Everton may be the richest club in The League, but became of its opulence it is unreasonable to expect that the Association Cup and The League championship should be carried off each year as an annual benefit by Everton.

Disappointing Results.
Considering their wealth the club ought to have been more successful. Possibly that sentence conveys the general feeling. The richest member of The League has once won The League championship, and once taken the Association Cup to Liverpool. This is not a roll of honours satisfying to those who urge that wealth brings its responsibilities in every circle, and that Everton have not accomplished deeds in consonance with the power of their purse.

Hence there are divisions in the Everton camp. A football club divided against itself cannot stand, cannot succeed. The division is acute and sustained, and so long as there are divisions, plots and counter-plots, charges and recriminations, it is difficult to see how Everton ever will become the power expected. The Board is not united body.

Mr. William Cuff, the secretary, may hunt for players as man never hunted before, and he may place unlimited capital in the furtherance of his plans, but football club riven in twain cannot be successful. Whether this unhappy stale of affairs was born of disappointment or of personal pique matters little. But these differences between the club and a considerable section of the shareholders should be brought to an end, and could be terminated with a little diplomacy.

The Origin of the Trouble.
I am treading on treacherous ground. Fools rush in where wise men fear to tread. But I have not rushed in, for I have been watching affairs at Everton for a very long time —just as I would watch a game of chess. I have tried to find the facts. I am told that about four years ago some of the Everton directors gave the impression to some of the shareholders that they (the directors) were a totally different stamp of human beings to the ordinary person who had taken up shares.

This attitude of superiority bred resentment, and the shareholders determined to, teach, as they said, some of the magnates of the board that they did not own the Everton club, and that they were not the Everton club. The assertion of principle upon the part of those who took umbrage was that Everton belonged to the shareholders as a body, and that the directors were placed on the board – not to be the lords, of Goodison Park and all thereunto belonging, but in positions of trust for the general body of shareholders.

If an attack was to be made on the Everton directorate there was one way to lead a successful assault. The power of the vote at the annual meeting was the only lever to lift any man out of office.

Formation of the Syndicate.
“The Leader” of the discontented inspected the register of shareholders and bought up every share that he could. He found one man who was hoarding a bundle of scrip and certificates of shares. Could he be persuaded to sell? Yes, he was open to a deal, and he was relieved of many shares. “The Leader” – we will adhere to that description – bought every share on the market, and in every nook and corner that he could find one on sale. And it is even whispered that “The Leader” had on “The Board” itself. Shares were transferred so often to “The Leader” that his cornering of the stock was noticed by the directors. Then “The Leader” began to unload. He sold shares to men who thought the same way as himself, who were democrats in spirit, and objected to the dominance and the arrogance of some of the directors—as they viewed the situation.

When the shares had been distributed, and there was a plentiful supply of votes in many hands, “The Leader” and his brother conspirators, shall we say? Decided to nominate a candidate for the board election at the next annual meeting. The party of malcontents were then named “The Syndicate” by those in the seats of the mighty. Therefore, we will call them “The syndicate” – the force in opposition to “The Board”. “The Syndicate” nominated Mr. H. Allman, and he was promised solid support – “plumpers” which have so great an effect on an election. “The Syndicate” canvassed proxies and got them, and they achieved their object, for Mr. Allman was elected in the place of Mr. Edward Askew Bainbridge, who thus became the first victim, the first director unseated.

The Second Victory.
But a few months after Mr. Allman’s success it was stated truly that Mr. Bainbridge would stand again. Therefore, another candidate was sought, and more shares were bought and distributed by the leader “The Syndicate”.

Then, ‘it is said, Mr. Allman kicked away the ladder by which he had climbed into office, and even supported Mr. Bainbridge, the gentleman that he had previously opposed. This was like pouring petroleum on a bonfire. Fierce feelings were aroused. There were small deceits and sinful games into which I refuse to enter. But there was a determined effort, I am told, to crush “The Syndicate”. “The Board” was divided – some endeavouring to extinguish “The Syndicate”, and others supporting “The Leader” and the party he had built up. But “The Syndicate” carried the day again, and Mr. A. Coffey was elected by a decisive majority. Then the Everton Board realized that “The Syndicate”, could gradually constitute the directorate as they desired. Thus, the power passed into the hands of this body revolters.

The Final Fight.
The Syndicate then placed their full hand on the table. They openly avowed that their intention was to throw off “The Board” such members as they considered out of place and replace them by men whom they adjudged more likely to show football acumen and business ability the conduct of Everton. That is the position, and the coming election at the annual meeting of the Everton shareholders is now regarded the crowning combat for supremacy. “Shall The Directors rule”, or “shall The Syndicate prevail?” Even the chairman of the club has declared that if “The Syndicate” put another man on “The Board” he will resign.

I hear that some of the retiring directors have been pursuing the tactics of “The Syndicate”, that is splitting up their shares and securing votes too. But, bless you. “The Syndicate” have not been idle. Their chosen champion is Mr. E. Green, and if he be successful, then other gentlemen on “The Board” will realise that they are merely waiting their turn for execution.

During this week Mr. William Clayton will address a meeting of the shareholders, and it is whispered that he and other directors, who have ‘‘gone over to The Syndicate,” will openly ally themselves with the new body, and announce what their policy is to be. “The Syndicate” are not ceasing effort.

“The Leader” and his henchmen declare that they are bent upon making Everton what the wealthiest club in the country should be – a power in the world of football, instead of mediocrities with an occasional triumph. “The Syndicate” may not be successful this year, but the policy is not to be changed. At least, so I am told.

Meanwhile – The Club Suffers.
There is a clear issue and a definite division on “The Board”. The shareholders mean to assert their power until they get a board to their liking, and team of proved capacity. While all this schism and quarrelling prevail, it seems to me that the members of “The Board” are more anxious to retain their positions, and to fight and beat “The Syndicate”, if they can, than build up a band of great players. If only harmony could be restored, the club would benefit. The directors and the shareholders both assert that they have the interests of the club at heart. Nor can it be doubted. Why then not meet in private conference, and thrash out these personal and private grievances and dislikes –and think of the position of the club first?
(Source: Athletic News: May 12, 1913) 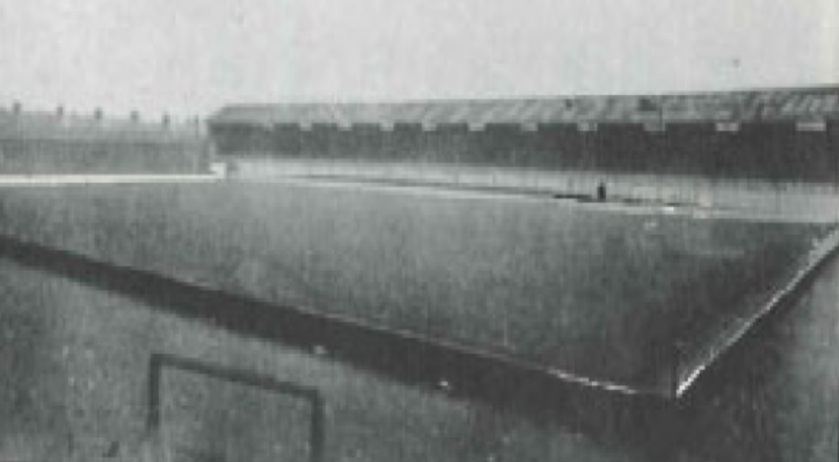