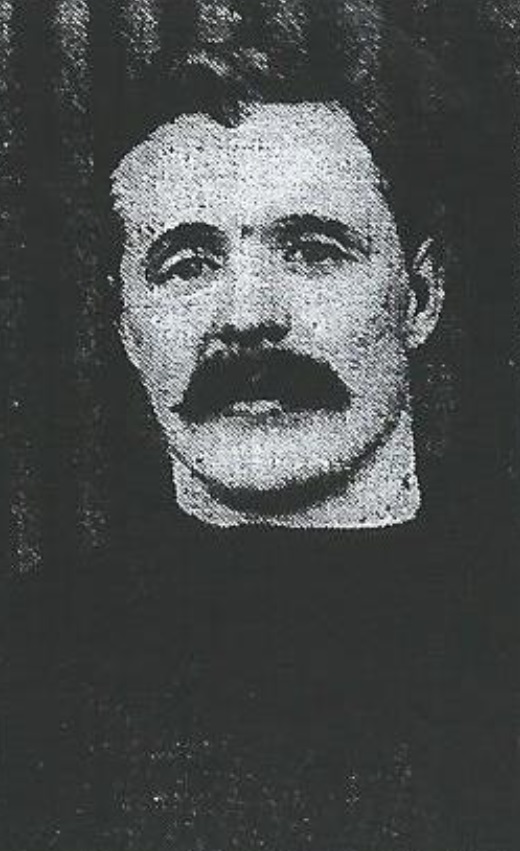 May 1, 1915
Memorable match which won Liverpool the championship.
Alick Raisbeck relates some special training yarns.
What the maximum wage have done to football.

the fact that Sheffield United have won the English Cup brings back to me the words of Tom Watson, the Liverpool “boss,” whom I met at Celtic Park at the recent League International. “Take my word for it Alec,” he said, “Sheffield United will land that Cup, as sure a sure. They’re a big, bustling lot, full of business all the time, and I don’t know anything that can stop them.”

Perhaps the fact that the United were the means of his Liverpool pets lack of interest in this year’s competition influenced Tom a little bit, but his judgment has proved a correct one.

And the League has gone to Everton. Good for Captain Jimmy Galt and his men. Bobby Parker and big Jim will be wearing the number one smile when they come north. To win the English League Championship I consider the severest test any club can be put to. To win any League competition means, of course, a strenuous, life but I think that in England the course is very much harder than in Scotland. I’ve gone through it, so I ought to know.

The fact that a Scottish captain has steered his team to the top of the League brings back memories to me of that year 1901, in which I tossed for ends, and had the satisfaction of landing the Championship at Anfield. Now, although that was such an eventful season all through for the Reds, there is only one big event which is before me as I write. There were incidents galore crowded into that season, but they are all dwarfed, as it were, by that eventful match – the last game of the season – against West Bromwich Albion at the Hawthorns.

A great wrestling match.
We had that game to win ere we could be written down as League champions, and none knew better than our boys what was meant in that encounter. As skipper of the team – did I ever mention that I was captain of Liverpool from the first day I donned a red jersey until I cast it off ere coming to Scotland? – well, as skipper of the team I had undoubted responsibilities. The position of captaincy was none of my seeking and very often it was not to my liking either. Time and again during my career I asked to be relieved of the job, but I was told to ‘ca awa’; ‘you’re doin fine.’ At least that was the meaning of the Directors, although that was not, as can readily be understood, the language used.”

Of course, we put in some special training for this match. In fact, it was the usual thing in these days for the majority of the League teams to spend a session at St. Anne’s, Lytham, Annsdel, or Fairhaven. We generally had nine to twelve weeks. What great larks we had at times.

I remember one season we were staying at Fairhaven, at the St. Annes Hotel, which was kept by a Dutchman named, if I remember correctly, Karl Breun. We had “some” fun then. I wonder if the old hotel is just as it was then, and if the football boys still play their tricks!

Sheffield United were staying in the Haven at the same time as us, and when we met them out for their morning walk we didn’t half have a “tare.” The piece de resistance was an impromptu wrestling match between big Bill Foulke, of the United, and our light-weight half-back, Rab Howell. Billy at that time weighed somewhere in the region of 21 stone, and Rab would just turn the scale about nine stone and a half. To see the pair “wrestling” was a scream, and the “front” used to be lined with sightseers, who enjoyed the fun immensely.

That was the one side to the story; the other was when matches had to be won.

Memorable game which won the championship.
“I come now to the last game against West Bromwich at the Hawthorns. It was a momentous match as a visit to Brum was not lightly taken by any club in those days. But we simply had to win. All the boys were out for it. I remember I said to William Goldie on the train when we made for Brum on the day of the match. ‘Do you think we’ll manage it, Bill?’

I think I can see the look on his face as he replied. ‘Think we will manage it?’ did ye say. ‘Of course we’re going to manage it.’

As it turned out we didn’t manage it in that confident sort of way as Willie Goldie’s answer would have made believe.

Time was wearing on and we still wanted that goal. At last! A goa- a goa- not yet. The ball was lying on the goal-line. Johnny Walker and the ‘Throstle’s’ goalkeeper had got mixed up some way and were lying near the back of the net, and there was no friendly foot to put the ball through. I know I stopped dead. I was fascinated, I suppose, by the sight of both goalkeeper and Walker starting to wrestle towards the ball at the same instant. Which would reach it first? There was such a deathly stillness.

I fancied I heard the tick of the referee’s watch, although he was twenty yards from me, and it seemed as though half an hour had passed. But it must have lasted only a second or two. The goalie was on his hands and knees crawling towards the ball, when John Walker, with a cat-like movement, wriggled his body along the ground and just tipped the ball over the line and the goal and championship were ours.

That same Johnny Walker was a hardy yin, if you like. It was his robustness that carried us through on many an occasion. But we had a fairy big team that season. I have the photograph hanging up here beside me as I write. There was Bill Perkins, T. Robertson and Dunlop (the dare devil backs), Rab Howell (the wee’st of the lot), myself, Willie Goldie, Robertson and Walker, Raybould, Satterthwaite, and Cox.

Maurice Parry and “Sailor” Hunter were in the swim that season. Isn’t funny that Johnny Hunter should be my next-door neighbour, so to speak, at the present time. Our team at that time was a heavy lot. I should say there was an average of twelve stone all over in the team. And the value of height and weight on the field is incalculable. It’s a true saying “a guid big ane is better than a guid wee ane ony day.”

What a reception!
What a night after the match! We got a great send-off at Snowhill Station by the Brummagen folks, who were good enough sports to cheer us off as League champions, but we were unprepared for what was waiting us at Liverpool. “I should imagine there was a crowd of between fifty and sixty thousand packed in front of the Central Station, and right along nearly as far as Lime Street.

The street was literally black with people, and in the time-honoured way the horses were dispensed with and our brake practically carried along by willing hands to our headquarters at the Sandon Hotel. As we went along the crowd yelled for me to make a speech from the brake. I was not to be found, however, as I found it convenient to lie low behind some of the others. Speechmaking was never in my line.”

Just here let me mention that there was a big Scottish flavour about that team that won the League. The backs were Scottish, two of the half-backs, and two of the forwards. Of course there has always been a big per centage of Scotsmen at Anfield. We were a very happy family then.

Next season there was a fly in the ointment. The wage maximum was introduced that season, and it didn’t half make us squirm, I can tell you. I know it meant a big loss to me, and I felt very strongly on the matter. But I had to submit. My opinion of the wage limit rule is that it is a bad one. Pay a man what he is worth, is my motto. And what good has it done? What purpose did it serve?

It was supposed to put all clubs on an equality – the small clubs in line with the big clubs. No club was to have an advantage over the other because it could command more money, seeing that the players’ wages were to be all on a level. But what happened?

Transfer fees went up with a bang. Good gracious! Fifteen years ago £300 or £400 was looked upon as an extraordinary transfer fee for a player. And look at them now. It is a very insignificant transaction that does not come within double that amount. And so it is the wealthy clubs that get the talent yet, and the limit wage has not advanced the rate of equality.

What Robertson once said to Maurice Parry.
In connection with the team of the season we were successful I must relate a yarn. At one of the matches in which Parry was introduced his play didn’t exactly suit our outside man, Tom Robertson. Now, Parry if anything, was an ideal player and, as a half-back, he was an expert player. At one match he hadn’t been so successful as he ought to have been, and his passes had gone astray.

Robertson stood it till he couldn’t stand it any longer. Running up to Morris, he shouted, and we could all hear him, “Look here, you’ve only come in and spoilt the team!” It was a long time ere we could get these two to “souther.”

As I have already said, Parry was a born player – and a gentleman at that – and one of his characteristics was unselfishness. The same could not be said of some of the Scots who went across the Border at that time. Many of them thought that because they had taken the journey across the Border they could “craw as loud as they liked.” But I’ll tell you more of these things next week.
(Source: The Weekly News: May 1, 1915)