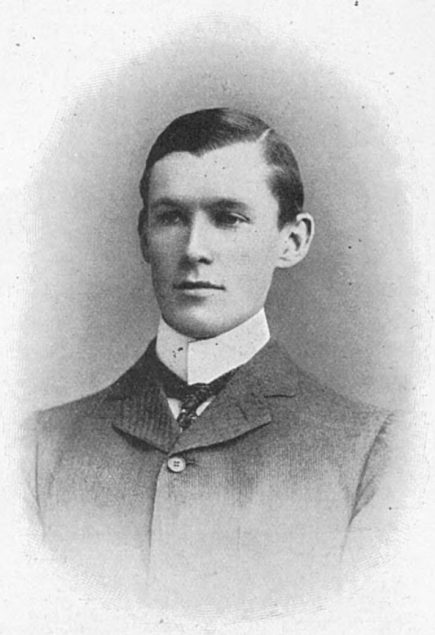 May 22, 1915
My most memorable season at Liverpool.
Alick Raisbeck recalls touching incident.
About the late Tom Watson.
International which was played in showers of sleet and snow.

During all my years at Liverpool there was only once that I can remember I ever gave a thought to a possible change. That is, once in addition to the time I eventually did leave, and that was in season 1903-04, the season I am now to write about.

For five years I never had the slightest inclination to make a change. Scotland was never in my mind at anyrate. Looking back now I don’t even remember a moment when I was displeased with my surroundings. I liked Liverpool, so did my wife and although the pathway had not always been strewn with roses yet my time had been pleasantly spent at Anfield.

Yet, and I cannot recall how it transpired, I had a feeling that the sixth season would be my last with the Reds. I was fully prepared for a swoop at the end of the season, but there was something that happened which caused me to “alter my mind”. And that ‘something’ was the fact that at the end of the season Liverpool found itself in the unfortunate position of being relegated to the Second Division of the League.

I simply could not leave my club in its day of disaster. That’s about the long and the short of it.

We started the season 1903-04 with light hearts, and with no fear of the future. Ned Doig came this season. So far as I can recollect the team that season was something like: Ned Doig, John Glover, Billy Dunlop, Maurice Parry, myself, and (I think) William Goldie, Arthur Goddard, Robert Robinson (from Sunderland), George Livingston, John Cox, Sam Raybould, and Joe Hewitt. I may remark that the only two belonging to the original team when I joined were Dunlop and Cox.

Changes which time works.
You can all understand the many changes that go on in First League, and other League teams. Five years is a long period in any club’s history, and if one were to study it at all it would be surprising to note the changes made in the personnel of the playing team. However, that’s by the by.

This season there were two benefits due by the club. Cox and I were due benefits, and he being the oldest servant of the club he got his first. I had to wait until the end of the season, and I had the choice of any game, with the exception of Christmas Day and the game with Everton.

I chose the match with Aston Villa, which showed very bad judgment on my part, as we were in opposition to the big race meeting of March. However, as the proceeds gave me something like £426 I was not badly off, was I?

And here just let me say that I think a wise thing was done when clubs decided to give certain guaranteed amounts to players. In that same year I write about, so far as I can recollect, Cox’s benefit only yielded something like £150. These things were bound to lead to jealousy, whereas, when each player is guaranteed an amount and he gets this guarantee there can be no trouble either way. And besides, it was no joke on clubs that had two or three benefits coming on in the same year.

However, as Aston Villa was always a big draw, I did not so bad, and as I was, I believe, the first to get the privilege of a League game, I was highly satisfied. Although a lot of troubles were wined away in connection with benefits, I know a lot of them exists until this very day. It’s my belief, too, they never will be wiped away entirely so long as human nature is human nature, so it’s perhaps better we should not worry too much about it.

As I have already let you understand, we were not so very successful that season as we ought to have been considering the team we had. There was no accounting for it. We all played to win, I know that.

We carried no “slackers” in our camp so if we didn’t win it was no fault of ours. And mind you, Tom Watson, whom we all honoured and revered, was very patient through it all. He used to come into the pavilion with that everlasting smile of his – although, mind you, there was determination behind that smile – and he would say “Now boys, I want you to win this match. For my sake do your best.” And every man Jack did his bit. Not, mind you, that they needed to be told to do their best but when it was put in Tom’s way, well, they couldn’t resist.”

Memorable incident about Tom Watson.
“There’s one incident I shall never forget in this memorable year and it concerns my late manager. We were at Molineux Grounds playing Wolverhampton Wanderers and we badly needed to win the match. In fact, had we won it, it would have gone far to help to keep us in the First Division. But we lost.

When we got to the station that evening we all got seated quickly, I can tell you. Jack Addenbrooke, the Wolves manager, came down to the train with Tom Watson and I recollect the conversation that passed between the two. The tears stood in Tom’s eyes as he shook hands with Mister Addenbrooke. “Goodbye,” he said. “I didn’t think you would have done what you did this afternoon. I thought you’d remember what I have did for you.”

Of course, this was only sentiment and Jack simply murmured something about being sorry and all that sort of thing, well knowing that Tom referred to the help Liverpool had been in getting the Wolves into the First Division.

We in the carriage had our hearts full enough, I can assure you and to see Tom taking it on like that made us feel very uncomfortable. To ease the tension one of the boys started to sing and we all joined in. I shall never forget the look on our manager’s face as he turned in the carriage.

The match which sealed our fate, however, was one in which we were not engaged. Stoke, who were running us neck-and-neck, as it were, for relegation had to play Everton at Goodison Park. It ought to have been a pinch for Everton as they were well up in the League and were very hard nuts to crack on their own ground. To the surprise of everybody, however, Stoke won the match and our fate was sealed. The result did not please everyone, as you will imagine, and I heard at the time that a great number of Everton’s ticket-holders tore their tickets up after the game and swore they would never go to Goodison again.

It has been the fortune of Liverpool, however, to return good for evil the past season for it must not be forgotten that by defeating Oldham Athletic Liverpool paved way for Everton’s triumphant return as top-markers in the First Division. And good luck to the “Blues” for that game, say I.

It was a remarkable thing that, despite the fact that we were sailing so near the wind, that season our support never failed us.

The teams which are most successful.
The gates we got were good, which brings to my mind the fact that it seems as though the most successful teams are those which are topping the bill and those who are having a struggle. It doesn’t pay to be a middle-ranker. The spectator wants a thrill for his money and he’ll follow the team that provides it.

This season I was again capped versus England, and I have it marked down as my black year, this being the only occasion on which I was on a losing side for Scotland, and I have altogether, played eleven times for my country.

It is not a bad record, I flatter myself, and you will not wonder at me being put about at losing in 1904.

The game was at Parkhead and was played in a gale in which sleet and rain played a prominent part.

In the first period we played against the wind and sleet and kept the eager English side from scoring, which we thought was good enough to bring us victory in the second half.

Showers of sleet and snow drove across the field and it was the most miserable International conditions I remember of. We lost 1-0 through a goal scored by Steve Bloomer, after Watson had misjudged his kick. They did not look like scoring at all and the goal was a surprise packet, poor old Peter McBride not having a chance with the straight drive.

England’s grand defence.
England’s defence on this occasion was grand. Herbert Burgess, of Manchester City, tackled splendidly, and along with Alex Leake and Stanley Harris was the success of the English side. Stanley Harris, the Corinthian, was one of the best inside forwards it had been my fortune to meet.

He was big, took a lot of shifting, and had absolute control over the ball. His manipulation at the 1904 ‘National, in spite of the tremendous gale, was marvellous. It was a matter of general regret that George Livingston was unable to accept his place in this team, as a player of his ability might have changed the tune.

Geordie was a great wag as well as a great player, and there is one bon mot of his I remember just at the moment. He was always a kin’ of tricky in his ways on the field, and a clubmate of his was not exactly pleased at times. “Look here, man,” he says to Geordie, “what game’s this you’re playing; you’re daft, man.” “Daft,” replies Geordie, “maybe I am, but I’ve made £1,000 oot o’ this game.”

Next week I want to tell you of some important happenings in connection with the Liverpool club. It was the turning point in their career, when they had either got to sink or swim. How they took the latter part I will let you know.
(Source: The Weekly News: May 22, 1915)