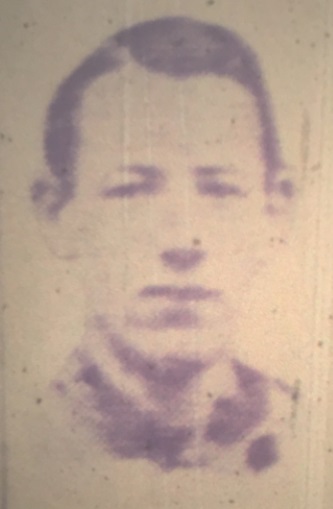 June 2, 1919
The Liverpool Club have been very successful in acquiring new players to fill positions vacant during war-time. In the early days of the war their captain, Ephraim Longworth, was partnered by Tommy Lucas, who seemed like developing into a first-class left-back, but an injury to his knee last winter has prevented him from playing.

His misfortune proved another man’s opportunity, for he secretary of the South Liverpool Club (now the Everton official, Mr. W.J. Sawyer) obliged Liverpool by allowing Billy Jenkinson to go to the assistance of the senior organisation. He has had a longer stay than at first thought possible, and is now Liverpool’s regular left-back, and a greatly improved player, thanks to the generous help afforded him by Ephraim Longworth and Donald Mackinlay.

Jenkinson was born at Golborne, near Wigan. He did not start playing regularly until, when while apprentice as an engineer’s fitter, he and a few other youths about 17 years of age, formed a club and thus brought Golbourne United into being.

Attached to the Wigan Junior League, the United won the championship in their first season, and Jenkinson, who started as a left half-back, was quickly placed further in the rear, and he has ever since appeared as left full-back.

For three seasons Jenkinson helped Golbourne United, but in his second campaign he was approached by Manchester City. He signed an amateur form for the City and occasionally assisted them in Central League matches. United won the Alliance Championship, and the following year annexed the Wigan Senior Cup.

Golbourne United, becoming extinct, Jenkinson, along with other members of the club transferred his services to Burscough Rangers. With him went Thomas Capper (Southport Vulcan), Hodson (Bolton Wanderers), and his cousin I. Jenkinson, and they helped to win the Liverpool County Cup after a drawn game at Goodison Park.

When war broke out Jenkinson was given a position by an engineering firm to Bootle, where has been employed in essential work during the last four years. He came under the notice of the secretary of South Liverpool, who persuaded him to join the Dingle Park eleven, and he was one of the team which won the leadership of the Lancashire Combination.

In the season of 1916-17 he went to help Liverpool whenever required a full-back, and with the exception of a few games, when he has gone to the aid of his old club, he has never been out of the team since the opening of the campaign of 1917-18.

Jenkinson, who stands 5ft. 9½in., and weighs 11st. 6lb., is also a robust left hand batsman, a left-arm medium pace bowler, and a good out-field. There is no question about his all-round abilities. Keenly interested in work and sport, he desires to preserve touch with both.
(Source: Athletic News: June 2, 1919)