October 27, 1919
There can be no disputing the fact that in securing the services of Middlesbrough’s manager, the Everton Football Club have accomplished a fine stroke of business. Mr. T.H. McIntosh possesses rare intelligence and judgment in signing up young and promising players.

As a youth Mr. McIntosh played right half-back for the Darlington club in the Northern League from 1895 to 1902, when he was appointed secretary. Under his guidance the club came on by leaps and bounds, and, after being loaded with debt for years, Darlington found itself in a sound financial position. Professionalism was adopted, and the climax was reached when the club defeated Sheffield United in the first round of the FA Cup. 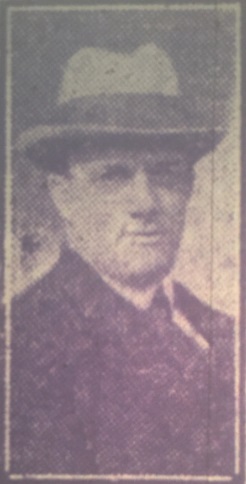 Among the many fine players discovered for Darlington by Mr. McIntosh may be mentioned Richard Jackson, for many years of the famous Sunderland team; the late R.G. Brebner, the renowned goalkeeper; David Taylor, who rendered magnificent service for the Heart of Midlothian; and E. Owens, the Bristol City centre-forward.

In July, 1911, Mr. McIntosh was appointed secretary-manager of Middlesbrough. Since then the Tee-side club has never looked back, and the wave of peace and prosperity continues to this day.

Among the captures for Middlesbrough were Jimmy Windridge, the Chelsea wizard; Stewart Davidson, once the pride of the Aberdeen F.C.; and Andrew Wilson, a Scottish junior 18 year-old player, who was destined to play for Scotland.

Mr. McIntosh was born at Sedgefield, Durham, and at early age went with his parents to Aberdeen, where he lived for many years before re-crossing the Cheviots.

On the outbreak of war, Mr. McIntosh joined the 12th Yorks. (Tee-side Battalion), and eventually secured commissioned rank. Twelve months ago, he was mentioned in dispatches. He will commence his duties with Everton early next month. His departure from Tee-side is much regretted, as he is held in the highest esteem.

By the way, the Everton Club have further solidified their position by deciding to purchase the premises behind the Upper Deck goal stand, known as Goodison Avenue. Some years ago they bought the property behind the opposite goal, in order to be able to increase their accommodation when a suitable time arrived. They are now prepared for any emergency.
(Source: Athletic News: October 27, 1919)