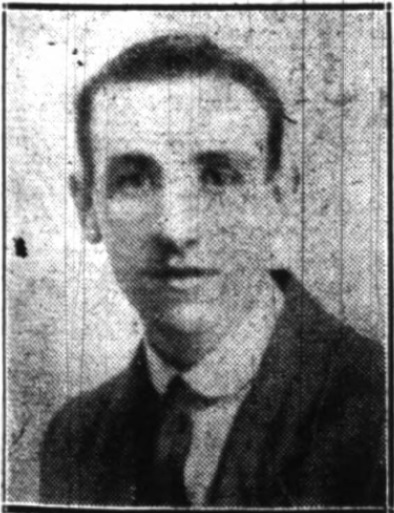 October 25, 1920
Burnley F.C. appear now to have settled on the constitution of the left wing, and in selecting Ben Cross for that position have found a player to go a long way in the game.

Like his partner on the left wing, Cross is a Birkenhead schoolboy, and first made his acquaintance with football at Laird-street Council School, Birkenhead, when he was ten years of age.

In the 1910-11 season he was selected to play with the representative schoolboy team of the town, an in the following season the team reached the final tie for the English Schools Championship Shield, but were beaten by West Ham.

It was in this team that Walter Weaver, his left wing partner in the Burnley team, also played, and this may account for some of the understanding which exists between them.

Whilst playing with the Birkenhead team, Cross had the honour to obtain two international caps. He was also selected to captain England against Scotland in 1912. After leaving school he played with Birkenhead Old Boys, and several junior teams.

During the war he played for Liverpool in the 1917-18 season, and it was on February 16, 1918, that Burnley went to Liverpool a man short. Cross was asked to fill the vacancy at outside left, and he did so to the complete satisfaction of the Burnley officials, scoring Burnley’s only goal. The result of the match was 7-1 against the Turfites.

The Burnley officials decided to keep their eye on the young player, and they kept in touch with him. Last season he went to Runcorn, and his team finished up top of the Cheshire County League. Cross scored 38 goals for Runcorn during that period.

Until coming to Burnley, inside right was always his position, but he says he feels equally at home in either position. There is therefore much similarity between Cross and the late Teddy Hodgson, who was originally an inside right, but made his name with Burnley as inside left, and there is also a good deal of similarity in the play of the two.

By trade Cross is a boilermaker, and served his time with Cammell Lairds, Birkenhead, finishing his apprenticeship twelve months ago.
(Burnley News: October 25, 1920)