All articles about Tommy Bennett on PlayUpLiverpool.com;

About Tommy Bennett:
“The Liverpool centre does not owe his success to mere physique, for he is only 5ft. 7½in. and 11st. 5lb. With a slight tendency towards roundness of shoulders, and his arms hanging like loose ropes, he looks even less. Like so many football players he carries himself in a style which does not suggest the athlete, although sturdy on his legs. As he blows into the palms of his folded hands, he is not an impressive figure until the ball comes his way, when he is impelled by instantaneous activity, and becomes quite another man.

His speed is an asset, and be assured that he does not slouch near goal. Immediately he brings a ball right under control, and with a swerving dribble, often veering to the right, he is an adept at creating a position. Like Harry Hampton he makes most use of his right foot, and aims accurately from many angles and with little space to fire at. His heading, especially at centre into the goal area, is a move to beware of.

“But whatever he does is clean work, for he gives and takes with honest shoulder work. The distinguishing characteristics of his play are quickness of movement near goal and sure shooting.

“When he bursts between the backs his terrific oblique drive just as the goalkeeper may think that the danger is passed, is worthy of Steve Bloomer in his prime. One might be tempted to think that his love of scoring would make him selfish. But he distributes the ball as freely as impartially, and as accurately as any centre seen for some years, while the goals credited to his immediate supporters – Arthur Metcalf and Harry Lewis – prove that he is a comrade and a help to them.”
(Source: Athletic News: February 12, 1918) 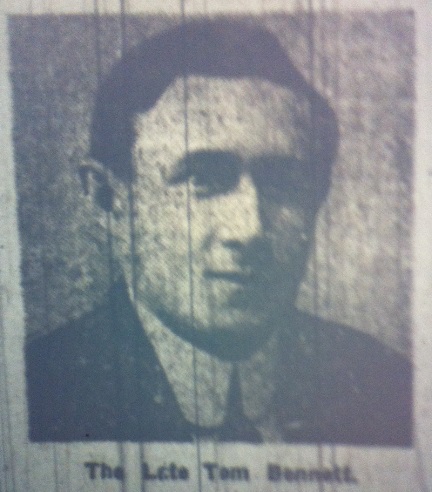