** Sources disagree whether Walsh or Rawlings played for Liverpool. The forward-line give in other sources read: Rawlings, Forshaw, Shone, Lawson, Hopkin.

Liverpool triumph in the replayed final.
Though as Leaguers they have not lived up to their standard of the two previous seasons, Liverpool obtained some slight consolation for the loss of the championship by winning the Lancashire Cup in the replayed final with Manchester City at Anfield on Saturday. And let it be said at once that they were thoroughly deserving of the honour.

Time was when this was a much-coveted trophy, and there was a keenness about this game which left no doubt that there was a real desire on both sides to secure the prize. There were close upon 15,000 spectators present, and up to the interval they were treated to as good a game as anyone could have expected for the last day of the season. As a matter of fact, up to the interval the football was tense, clever, and interesting, and that there was a falling away in the second half could be ascribed to an injury to Hamill, the Ciy centre half-back, who was accidentally kicked on the knee, just before the interval, and was of no further use to his side.

He did not re-appear until ten minutes after the restart, and then he went to outside left, but he could scarcely kick the ball and, with practically only four forwards, the Mancunians were never seen to anything like the same advantage as they had been in the earlier stages of the game.

With Murphy at left half-back and Pringle in the role that had been vacated by Hamill, they put up a stubborn defence, but Liverpool, who had secured the lead before the misfortune occurred, were always the more aggressive side, and that they did not win more readily was due to the fact that their forwards did not make the best use of their opportunities. That much may be said without in any way detracting from the merit of the work of Mitchell and his backs.

Shone’s double success.
Mitchell played under difficulties. He was suffering from an injury to his side, but he had not the slightest chance with either of the goals recorded against him. On the other hand, he kept a very good goal, and if he was a trifle fortunate with one shot in the first half, he made two very fine saves from Hopkin and Forshaw towards the close. Though Cookson was concerned in both the incidents which led to the goals he was a strong defender, and Fletcher played coolly and cleverly throughout.

Despite his penchant for sliding movements, Pringle was the most effective of the half-backs, especially when he went into the centre, and Johnson was the chief initiator in attack, though Murphy and Morris showed cleverness occasionally and Warner displayed his customary dash. The line, however, was deficient in finishing power, and Scott was rarely troubled in second half.

Both the goals went to the credit of Shone. The first he obtained from a centre by Hopkin a quarter form the interval, and the second with a quick rising shot about the same period from the finish, after some sharp exchanges. In this respect Shone played his part very well, and he also made some good wide passes, but he was not so facile in his movements as Forshaw, who was the best forward on the field, if it cannot be said that he was a deadly marksman.

Liverpool had the advantage at half-back, where Bromilow’s neatness contrasted with the dour tactics of McNab. Both were equally effective, and further behind there was little to choose between Lucas and Mackinlay, for if the former was the more active of the two, the judgment of the Scot was seldom at fault in his interception. 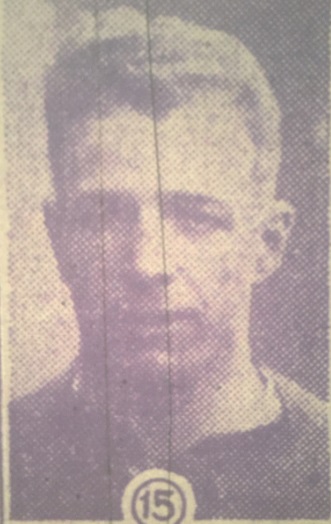