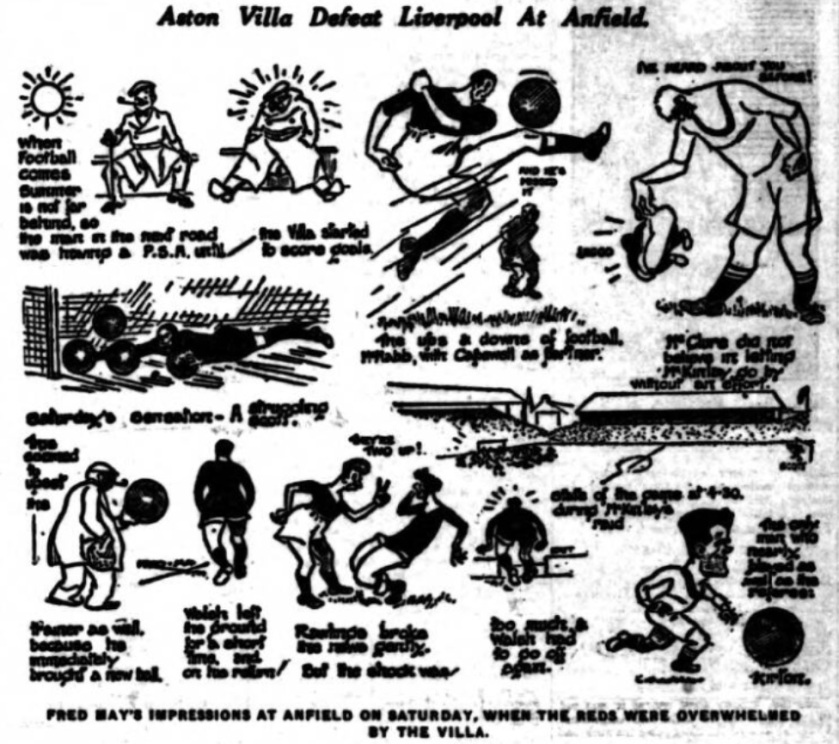 August 30, 1924
Key note: “The Villa have ever been renown for getting the best out of their young and sprightly players. They teach them to play the droughts game, and their exhibition to-day was about as good a sample as one could wish to see, considering the natural excitement of the day. Allowing for the loss of the toss, and also allowing for Walsh being off three parts of the game, the fact remains that Liverpool were outclassed, and were never in the hunt in the first half after the first twenty minutes. They had their hearts broken early on, but in the latter part of the second half, however, they turned the game completely round, and when Donald, the beloved of Anfield, got one of his specials, the home folk could just see a chance, and when Shone made number two the scene was indescribable. The display of Liverpool’s half-backs, together with the positional play of the defence, was not satisfactory. Many another side will be beaten by the Villa on to-day’s form; but the lesson of Liverpool’s failure in the first half must be recognised. It was a wise idea of Donald Mackinlay’s to go amongst the forwards, for with four goals against there was only a definite method left to him, and he adopted it.” (Liverpool Echo: August 30, 1924)