Monday, August 1 – 1927
The Heart of Midlothian could put into the field practically two elevens of men who have had an experience of First Division football or were noted juniors, the latter including Pratt and Mitchell, who were on opposite sides in the Scotland v Ireland junior international at Tynecastle in march. Other newcomers are Donald and Chatton, the two ex-Partick Thistle players whose transfer the Hearts arranged when they returned from a season in the States.

It is reported that the Hearts are endeavouring to arrange another transfer, the two inside right forward, Miller, from Dundee United, and Mitchell, the Irish international, being short of experience. Things were looking well for the long-deferred onslaught of the western (Celtic-Rangers) monopoly of honours when there came the accident to Reid. He and Donald were to have been the backs at the start. If Pratt cannot be played a half-back will probably have to be requisitioned for the position.

There is deep chagrin at Tynecastle as well as profound regret that Reid should have come by a fractured leg at Perth, the ex-Rangers being a whole-hearted player and a good one to boot. There is no dearth of men for the other positions; the question is whether the “class” is there. 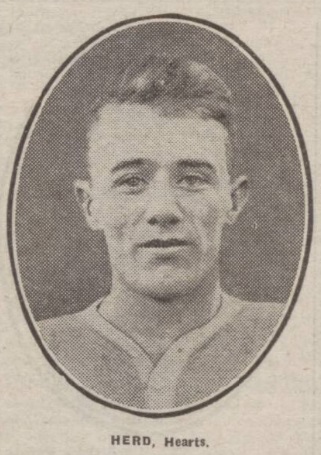