December 24, 1927
On the eve of Christmas it must have come as a terrible blow to the Liverpool club to have lost the services of Gordon Hodgson, their South African born inside right, who has been the most consistent forward in the attack this season. He has been taken to a nursing home suffering from an attack of pneumonia, which, at the best of times, is a serious matter, but which, during such a cold snap, and for a man who has been accustomed to South Africa’s dry, hot climate, it must be extremely grave.

Hodgson and young, Dick Edmed, were making a brilliant reputation for themselves this season. They were well on the way to becoming a Harry Chambers – Fred Hopkin pair of the right flank. Their understanding in combined maneuver improved with every match they played, and it is a stroke of bad luck that a serious illness should have interfered with their development.

Hodgson is a big fellow, standing close on six feet in height, and when I first saw him play he was touring this country with a party of South African amateurs, whose ability in the field surprised many managers of English clubs.

He and Arthur Riley, now keeping goal at Anfield, were two of the most prominent players, David Murray, a centre forward, who is now with Bristol City, being another. Hodgson has been an improving sort ever since he returned to England as a professional.

He scored four goals in is first season; bagged 16 last term, and this season looked rather as though he would not be satisfied until he had reached 30. I hope it is not long before he has shaken off his malady and is back in the game again.
(Derby Daily Telegraph: December 24, 1927) 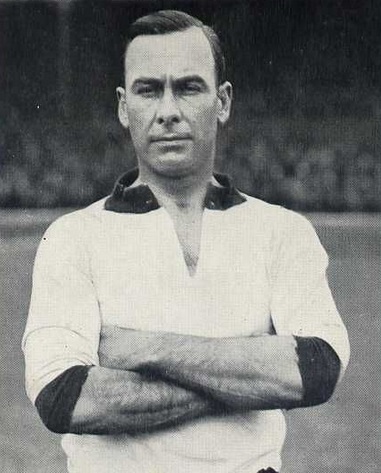