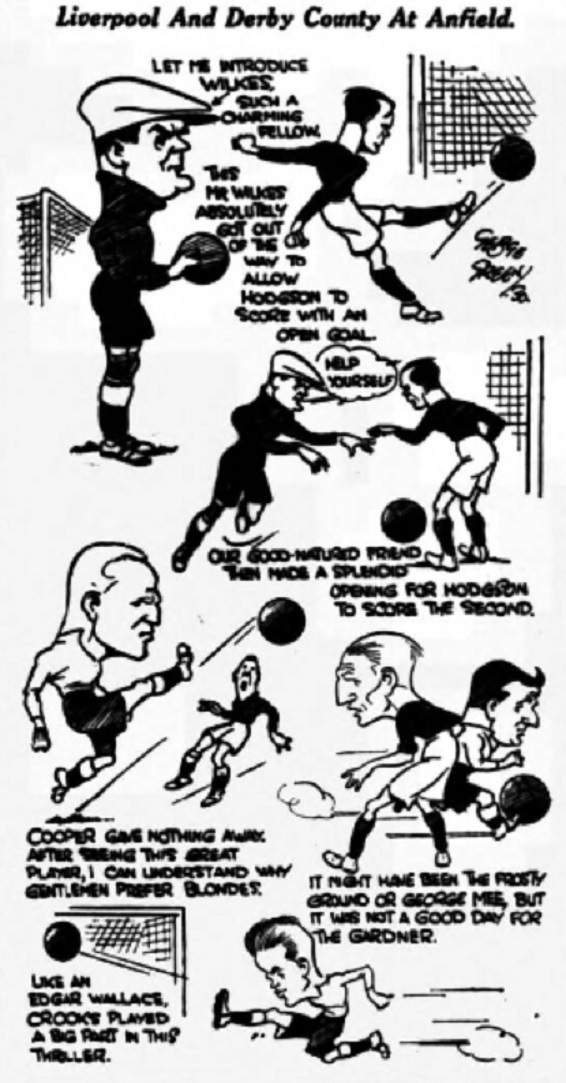 February 22, 1930
Key note: “Derby County came to Anfield, had by far more of the game in the matter of attack, yet could only get a point for all their good football, simply and solely because they spurned the shot when a shot was all that was needed to turn a brilliant advance into a goal. Their craft, speed, and general play were vastly superior to that of Liverpool’s, but when the goals area was reached they showed a lack of enterprise. Many goals should have been scored in this match, for there were many chances offered and refused. Liverpool missed one or two, but Derby missed many more, and that after they had worked their way through by clever combination. Their speed was terrific and their passing accurate and wise, yet the self-same men, which were capable of carrying the attack through the staunch Liverpool defence, were woefully weak in shooting. The news that Scott would play for Riley was startling, in view of his international refusal. The club was placed in a dilemma, for the doctor found Riley unfit during the morning and forbade him to play. What a position for the directors on the morning of the match! Scott solved the problem by volunteering to play in spite of his ankle injury, and he did exceptionally well in the circumstances.” (Liverpool Echo: February 24, 1930)