November 7, 1934
John Pears, the North Ned outside left, last evening was transferred to Sheffield United at a good fee. He will play for his new club on Saturday.

This sturdy footballer had a run for eleven matches in North End’s first team from the start of this season, before being deposed by Fitton.

His stay at Deepdale has been comparatively short, for he was one of the many players who changed clubs in the mid-March transfer rush of this year.

He played in seven League matches at the close of last season with North End.

Pears is a much-travelled player, though this is only his seventh season in League football as a professional. His career before being transferred from Oldham to Preston was as follows: –

In his last three season with Oldham he played in 86 League games and scored 31 goals.

Pears has a powerful shot, and most of those goals came through his practice of cutting in.

With Preston he has been less successful with these methods and scored only four goals for the first team. 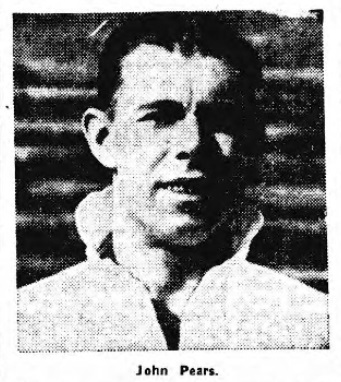