August 28, 1937
Key note: “There was more than a touch of football romance about the appearance of the 19-years-old Ramsden in the Liverpool side at Chelsea today. Far from ever playing in London before, he had never been in the capital before, and it was natural enough he should make it his business to see Westminster Abbey as soon as possible. Ramsden, with Harston, was enjoying his debut in Anfield colours and a great deal depended whether these two played up ti expectations or not. It was a perfect day for the opening of hostilities and the crowd numbered 40,000 when the game started.” (Liverpool Echo: August 28, 1937)

THE BIG KICK. Vic Woodley, the Chelsea goalkeeper, kicking off from a behind during their match against Liverpool at Stamford Bridge. 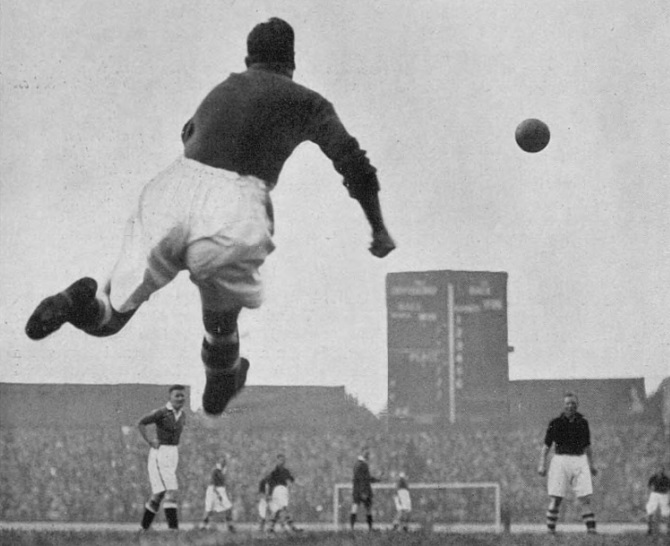