November 12, 1938
The personell-ity parade this week is headed by George Alfred Richards, Anfield’s youngest director in years of service, who has just been made a J.P. (Justice of Peace). He has long association with the club, but only in recent years was he elected to the Board. 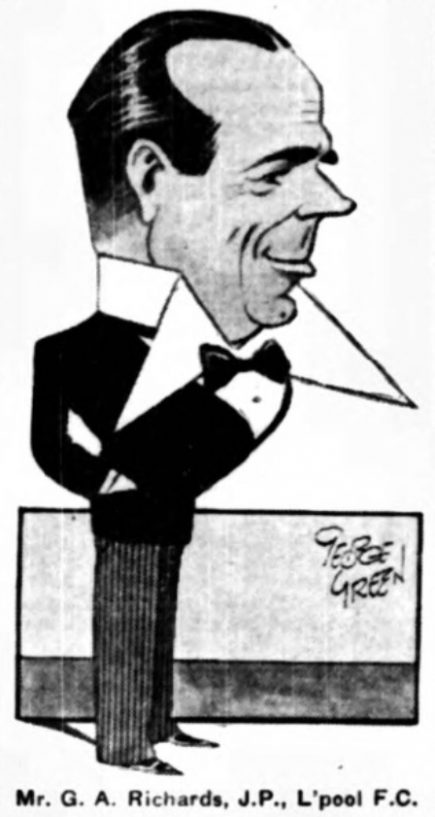 Mr. Richards is nothing if not an enthusiast in anything he does. He is in the game for the love of it – a good club man with his heart in his task.

His greatest desire is to see Liverpool win the Cup. This has become almost a passion with him (as it has with others on the Board who season after season find the final Wembley trip eluding their side).

Having come back from the War minus a leg his hobby now is bridge playing – a game that is suited to his propensity for being “exact.”
(Source: Liverpool Echo: November 12, 1938)