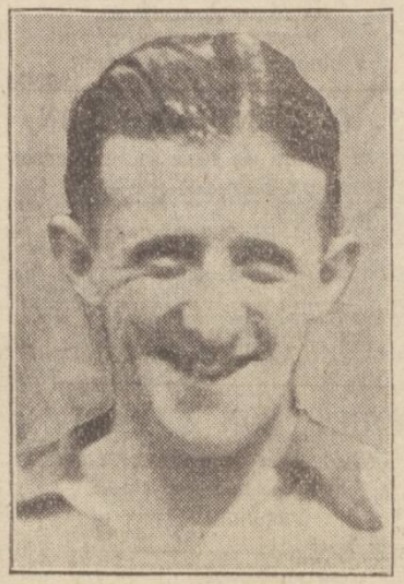 Friday, January 6 – 1939
During yesterday work on clearing the ground was started at Anfield and this will be completed this morning. Mr. George Kay, the Liverpool team manager, stated last night that the ground underneath was in excellent condition and that they were looking forward to a grand game.

It will be seen that the directors have decided to give the outside left berth to Paterson, a young player who has not had a lot of experience, but he shows great promise.

Paterson made his debut in the League against Stoke City at Anfield on December 27. Aberdeen born, this young Scot joined Liverpool from Hall Russell F.C. in May, 1937, as an inside forward, but he showed such a great promise on the extreme left wing with the League side in the Stoke game that he has fully earned his inclusion on this occasion. A fast and tricky dribbler, Paterson centres well and can finish with a hard shot when the opportunity arises.

Compared with the side beaten at Middlesbrough, Keith Peters drops out with Harley and Ramsden resuming their positions as against Preston North End, and Bill Kinghorn dropping out.
(Liverpool Daily Post, 06-01-1939)