Billy joined Liverpool F.C. as an amateur last year, and is serving his apprenticeship as a chartered accountant. He had a fine career as a schoolboy, both in sports and studies.

He first played football for Townhill School, and captained the team on two occasions. He was captain of Dundermline Schools, and played for Scottish Schoolboys against Ireland and England in 1935-36.

His one and only junior club was Lochgelly Violet, where he attracted many senior clubs before he was signed by Liverpool when he was 16 years old. Rugby was another of his accomplishments, and while at Dunfermline High School he played rugby in the morning and football in the afternoon. He was capped by the school on two occasions. He also proved himself a useful batsman, and played for the first eleven.

During his first three years at the High School he was a successful competitor in sports, winning eight medals for running and jumping events.

Apart from sports he was a member of Townhill Church choir, and was a Sunday school teacher.
(Source: Dundee Courier: February 25, 1939) 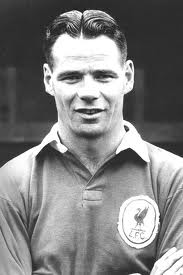