Saturday, September 2 – 1939
Three games at centre-forward … then right into First Division football. This is the strange experience of Cyril Done, eighteen-year-old Liverpool player who to-day leads their forwards against Chelsea.

Not until the opening practice game this season had Done had any experience of centre-forward play. He scored a hat-trick in that match against the first team defence. In the second trial he scored again and so was played as leader in the first Central League match.

Now comes further rapid promotion. Done is referred to at Anfield as “Gordon Hodgson the second.”

He is built on exactly the same lines as the tall South African who, after having delighted the Anfield habitués for so long, went to Aston Villa and is now with Leeds United. The two are similar in style, exceptionally strong on the ball and possessing a terrific shot in either foot.

Liverpool have every reason to be well pleased with young Done, for he did not cost them a penny piece. They found him playing in his native Bootle with Bootle Grammar School Old Boys, and he was signed on amateur forms. So impressive was he that they made him a professional as soon as he reached the age of seventeen.

For years Liverpool have been trying to solve their centre-forward problem. They have made enough experiments, goodness only knows, but Done stands out as the best proposition of them all.

He is also a really good cricketer, and has often kept wicket for Bootle in the Liverpool competition.
(Daily Mirror, 02-09-1939) 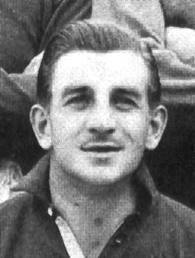