January 3, 1941
Though the Liverpool team these days includes half a dozen players who were “A” teamers when the war broke out, it is none the less effective for that. Lambert, Liddell, Paisley and company have matured quickly through the many opportunities for senior games that have come their way, and compare favourably with the seniors who held their places in happier days. Bar Matt Busby, of course.

There is and only will be one Busby, yet in some ways, chiefly through his forward inclination of the body and outstretched arms, Lambert brings to mind the “maestro” whenever I see him. He has played some grand games this season too, and though it would be an exaggeration to put him on a Busby pinnacle, he may reach it someday.

At the moment I reckon his best position is full back, where he will probably figure tomorrow. Liverpool have borrowed the amateur W.R. Teasdale, from Tranmere, if Teasdale plays as well for as he did against them, at Prenton a month or so ago, there will be no regrets. Liverpool have also borrowed two other Tranmere players in Hodgson and Owen, the latter of whom played such a grand game them last week. 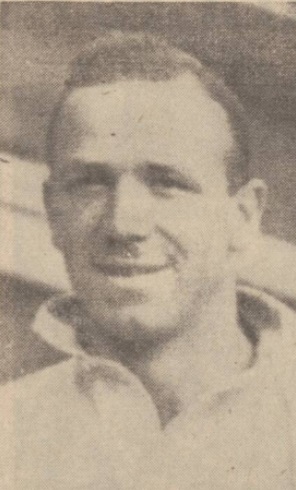