Wednesday, October 7 – 1942
Hospitality in Liverpool.
Early every Sunday afternoon a crowd of Norwegian seamen, in port after perilous voyages in the face of U-boats and dive-bombers, gather together at a point in Liverpool. There they are met by girls, Norwegian and English, each armed with a picnic basket for two. They then set out for a day in the country.

This is Liverpool’s way of paying tribute to the 25,000 modern Vikings who carry precious cargoes of food, oil, munitions and other vital war requirements for the United Nations.

The Norwegian-British Association in Liverpool arrange these “outings” into the country, and members of the association always extend hospitality.

The association also arranges socials, concerts, and dances, in addition to the welfare work by the Norwegian Government, who during this current half-year are spending £154,360 on “looking after” their seamen when they are ashore.

Centres have been established in the larger ports all over the “free” world, and in Liverpool a hostel has been opened in Parliament-street with accommodation for 90 guests, and there are also public rooms. In addition, everything is done to safeguard their health, and in Liverpool the West Wood Hospital offers facilities for Norwegian seamen.

Because of the efforts made by the Norwegian Government and the Norwegian-British Association many close friendships have sprung up between Norwegian seamen and Liverpool people.
(Evening Express, 07-10-1942) 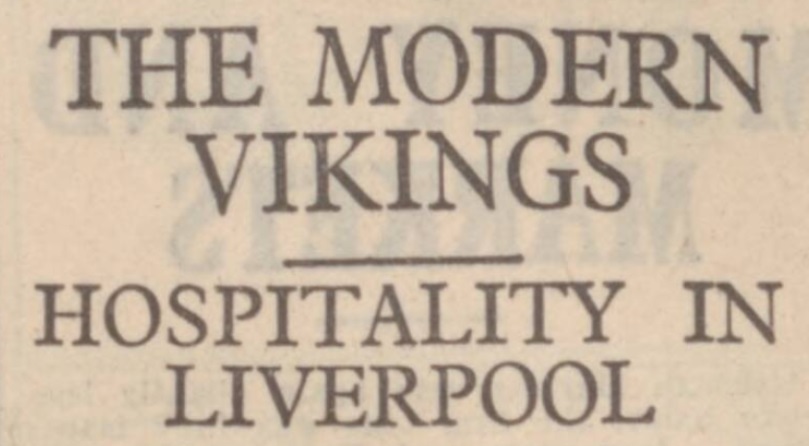