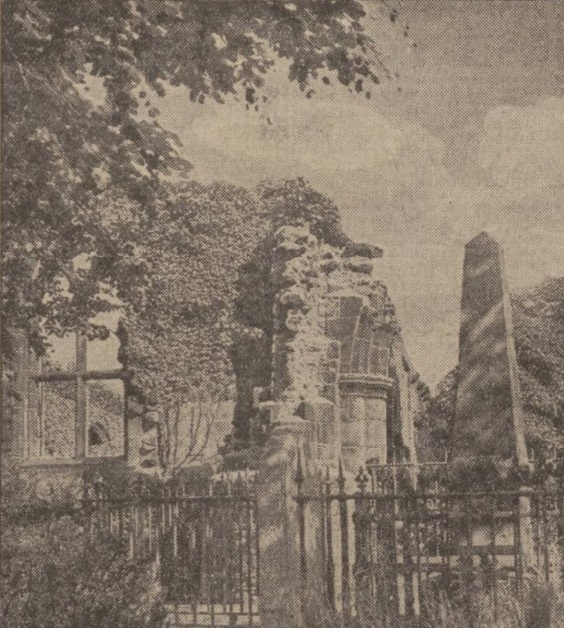 Friday, September 1 – 1944
The old Priory of St. Mary and St. James was founded in 1150, and belonged to monks of the Benedictine order. From the beginning it had close associations with the ferry, which, even in those early days of Merseyside’s history, plied between Liverpool and the site on which Birkenhead now stands.

Some records suggest indeed that the priory was founded because the monks considered it their duty to provide refuge for stormbound ferry passengers, and so many travellers availed themselves of this hospitality that extra buildings had to be erected for their accommodation.

Incidentally, the ferry fare for a man in those days was a farthing, and for a man and horse 2d! The Prior was a high dignitary, who was escorted in the grand style when he rode forth into Birket Wood, in the depths of whose lovely oaks the Priory then nestled. It is recorded that in 1277 the Prior was visited by Edward I, who was rowed down the Mersey in a Royal barge.

On the dissolution of the monasteries in 1536 Birkenhead Priory was one of the first monastic buildings to go. The monks received 40s. each and a new gown as compensation!
(Evening Express, 01-09-1944)