November 25, 1944
Key note: “Liverpool really defeated Bury after ten minutes’ play at Anfield, for the two quick goals from Cumner and Nieuwenhuys, taken before the visitors’ defence had a chance to settle down after a typical ‘blitzkrieg’ opening, gave the home team the necessary confidence not only to hold a very lively set of forwards, but to fight back again after Bury had taken a goal, and make the issue secure with a third point. The inspiration of Liverpool’s all-out assault was Nieuwenhuys, who at inside right gave one of his best displays, and was ably assisted at the outset by Campbell, on the wing, who dovetailed with him to such good purpose that full back Hart was completely outplayed for the vital ten minutes. Liverpool had their defenders, Hobson, Gulliver, and Hughes, to thank that they ran out good winners, although the work of the wing-halves was also notable.” (Liverpool Daily Post: November 27, 1945) 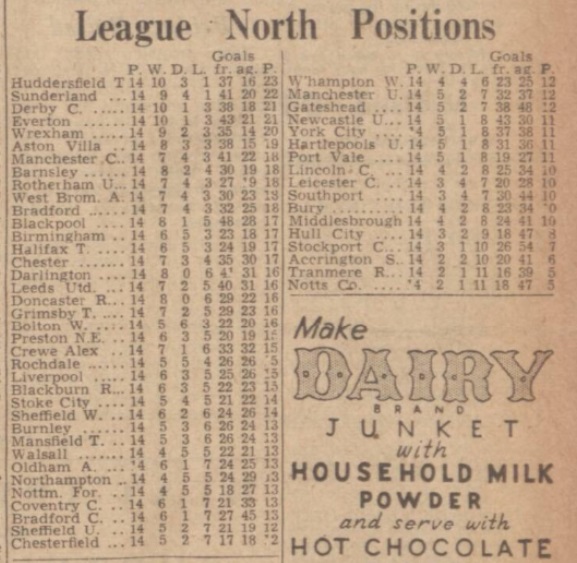