June 8, 1945
‘Ritz’ meals at workers’ prices.
Napoleon said: “An army marches on its stomach,” and thus the Ministry of Labour and National Service were faced with the tremendous problem of providing for the “inner man” of the army of Merseyside dockers, marshalled to help in the war effort.

The Ministry consulted the Mersey Docks and Harbour Board and, in the end, the Ministry and the Board enlisted the help of the great catering firms, who were mainly responsible for providing food for the dockers in peace-time.

Hot and substantial meals had to be found for many thousands of dockers at Liverpool and Birkenhead, on the seven miles of the Dock Board Estate, and these had to be provided at “strategic” points on the great dock system, the points to be stocked not only with food, cooking appliances, and equipment, but also with competent staffs of canteen workers.

Among the Liverpool firms responsible for organising the feeding of an army of dockers every day and night, throughout the war, often under conditions of severe blitz by the Luftwaffe, was that of which Mr. William McConnell, chairman of Liverpool F.C., is principal. 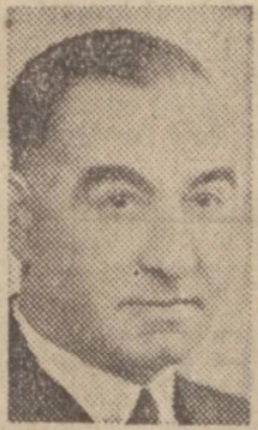 Working man’s price.
Thus a hot lunch for a shilling was an accomplished fact daily on Liverpool docks, and there is no doubt that the tremendous job, done by the dockers on Merseyside, was helped considerably by the “roast and two veg” provided at a working man’s price.

The latest and most modern canteen is at the bottom of the floating roadway on Liverpool landing stage. Here the entire walls are of opalite glass, the floor is of rubber and most modern and hygienic cookers are used in the kitchens. The appointments of the place would do credit to an expensive and exclusive club.

The Ritz’
In fact, a similar up-to-date canteen – at Gladstone dock – is called by the dockers, “The Ritz,” but its prices are not “Ritz” prices. Self-service is the order of the day, because every customer is on priority war work.

The day begins with breakfasts of bacon sandwiches, sausages and toast. At all hours of the day and night, as the exigencies of war have demanded, meals have been promptly provided for the men loading and unloading the ships.

Cabinet Ministers have praised the success of the canteen work on the Liverpool docks, which, in a few short years, has achieved the revolution of turning a docker’s midday meal from a mug of cocoa and a sandwich into a substantial mean, resembling the average working man’s “Sunday dinner.”

In a few days, Mr. McConnell goes to America as a member of a catering delegation, to study overseas methods of feeding dockers.
(Evening Express: June 8, 1945)