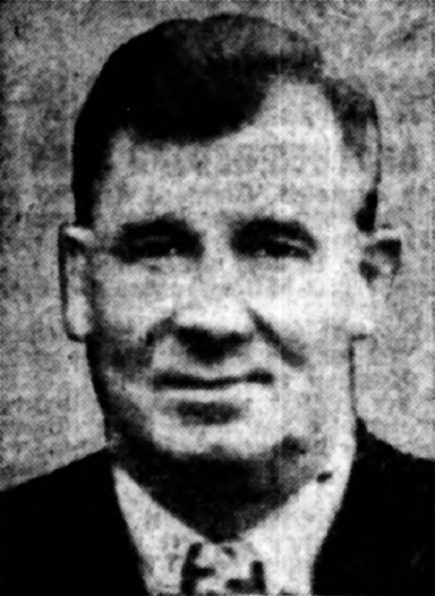 June 27, 1950
Liverpool renew manager George Kay’s contract
Maximum benefits granted to eleven first-team players
Liverpool F.C. have renewed their contract with Mr. George Kay, their team manager, for a further term of five years, starting from the expiry of his existing agreement at the end of this month.

This was one of the main items of news disclosed at last night’s annual meeting of shareholders. Another was that England international, Laurie Hughes, is so far the only Anfield player to have re-signed for next season.

Not that there is anything very significant about that. As players’ contracts now run to the end of July there is not the same hurry over re-signing as in pre-war days, when summer wages were not paid until pen had been put to paper. This year the players will actually be back in training for next season before their old agreements have run out.

Mr. George Kay’s acumen and wise managership have been of inestimable benefit to Liverpool since he took over the reins in 1936. This extension of his contract is evidence of the confidence reposed in him by the board.

He brings more to his job than a sound practical knowledge of the game gathered in the hard school of experience. Many managers have that. Of far greater value to Liverpool is his psychological insight and human approach to the manifold problems of the players, his facility for spotting prospective stars in raw youngsters, and his moulding of them into the finished article. His record provides ample evidence of this.

Bright and brief
The happy team spirit which has characterised the Anfield club for so many years is attributable largely to the Kay influence, backed by the sympathetic understanding of a united board.

Last night’s shareholders’ meeting followed the pattern of previous years, in that it was brief, bright, and full of cordiality on both sides of the “house.”

Alderman Stanley Ronald Williams, who presided, reviewed all the salient points of the past season and the main items of the balance-sheet in very able manner. So much so that he drew a special tribute from the body of the hall for his most informative speech, summarised as follows: –

No headaches. – When you hear of so many clubs having trouble with players, we are fortunate in being spared such headaches.

Benefits. – No less than eleven players have had full benefits sanctioned. These are Jack Balmer, Kevin Baron, Cyril Done, Willie Fagan, Laurie Hughes, Bill Jones, Ray Lambert, Bob Paisley, Jimmy Payne, Eddie Spicer and Phil Taylor. Billy Liddell had his earlier in the season. We are happy to pay these benefits for good and loyal service.
(Note. – Full benefit is now £750. In the case of Payne, Baron and Spicer, although the players have only comparatively recently become regular first team players, they get the maximum amount.)

Future prospects. – There is room for improvement. One or two players are getting on in years. They have done very well for us, but cannot continue for ever. If we can get younger men of the right calibre we are prepared to buy. If we cannot buy – and we shall not squander money just for the sake of buying – we shall produce and coach our own future stars.

Public support. – The Liverpool public has supported us well for years, but we never realised the depth of their loyalty until the team returned after losing in the Cup Final. it was a most touching reception. Everybody connected with the club is deeply grateful.

The Board. – My colleagues have been solid, conscientious, and behind me and the club to a man.

The Secretary. – Mr. John Charles Rouse has put every ounce of effort into his work for Liverpool He has now been with us 21 years, and will next season receive the Football League’s long-service-medal. We all wish him well.

Bogota. – If Liverpool had toured Colombia it might have saved a lot of the “poaching” of players, who have gone out there not knowing what they were taking on. It does no good to magnify the position. It has been a seven days’ wonder, but I should not imagine so many will be keen on it after the experience of those who have returned. I think Colombia will eventually affiliate with the International Federation of F.A.’s.

Far-sighted deal
Two shareholders paid a tribute to the board for their foresight in acquiring the new playing fields at West Derby (Melwood). One described the deal as “among the finest investments the club has ever made in its history.” These pitches, within three miles of Anfield, will be invaluable in providing first-class facilities for training and coaching young players.

As there were no other nominations for the board, the three retiring directors (Messrs. James Hubert Troop, William John Harrop and Ralph Knowles Milne) were re-elected.

Mr. R.K. Milne, returning thanks said Liverpool was second to none in the country. It had a splendid board, an able chairman, and a fine staff. He hoped the club would go from strength to strength in the future. Mr. Troop briefly spoke, but Concillor Harrop was unavoidably absent, as he was presiding at a meeting of the Football League Management Committee.

The meeting closed with a vote of thanks to Alderman S.R. Williams.

Liverpool’s profit last season was £18,701. Nice work – though when the benefits to the eleven players mentioned above are handed over the kitty will be reduced by £8,250.