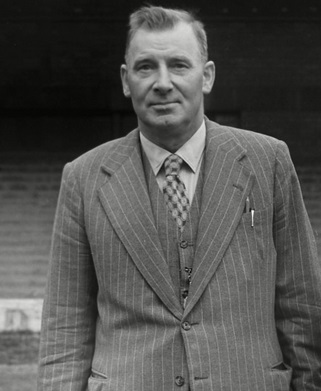 August 19, 1950
Liverpool’s manager, Mr. George Kay, could, if he wished, talk about football with knowledge and authority for a long time. But Mr. Kay, outside the ground, has little to say. And Anfield fans like it that way, for they know that while George thinks and schemes, Liverpool will retain their place in the forefront of League sides.

It has been the same since he left Southampton fourteen seasons ago to take over the managership at Anfield. But when it comes to talking action to the players George is different. This former West Ham captain, who played in the first FA Cup final at Wembley, is a great believer in pre-match tactical discussions.

Astute tactician though he is, George has not been lucky enough to see his team win the FA Cup. Four months ago Arsenal prevented their securing the honour which has evaded the club throughout its long history.

Says George: “Now that Albert Stubbins has resigned all last season’s  players are with us. There have been no departures, and if we had any new ideas in training we should keep them to ourselves.”

Only newcomer is outside left Keith Gardner, whose father played right half for the club, Aston Villa and England. Home made products are the basis upon which Liverpool will build for the future.

“We are relying on bringing our own boys along, but this does not say we won’t buy if we are forced to,” George said.
This season Liverpool will have five teams in the field. And there will probably be even more next year.
(Daily Mirror: August 19, 1950) 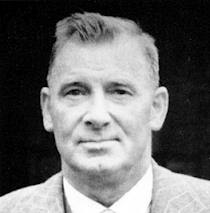