All articles about Robert Robinson on PlayUpLiverpool.com.

About Robert Robinson:
“If he (Robinson) were cooler his footwork might improve, and enable him to retrieve awkward positions. As it is his chief talents are courage, dash, and a fair turn of speed; but he is not so “brainy” as his colleagues, and, consequently, when he does shine, the credit is largely due to himself.”
(Source: Liverpool Daily Post: December 25, 1905) 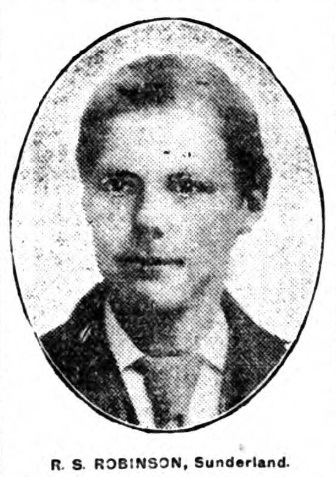