About Tom Bromilow:
“Yet another International, but just a dapper little fellow who has to rely purely upon craft and cunning for his success. Is purely Liverpool bred and born, and leared the game with such junior clubs as Union Presbyterians and West Dingle. His footwork in tackles is remarkable for the accurate timing he shows, while he is one of those halves who must feed his forwards after he has come out of a struggle with the opposition.”
(Source: Derby Daily Telegraph: September 3, 1926)

“This Liverpool born man is a product of the West Dingle club, and though on the small side so far as weight and muscular strength are concerned, he is wonderfully effective and artistic in all he does. Has been in League football since 1919, and has reached international rank. No half could play the ball with greater effect.”
(Source: Derby Daily Telegraph: February 14, 1928)

Image(s):
Tom Bromilow, 1922, from the collection of James Cotton. 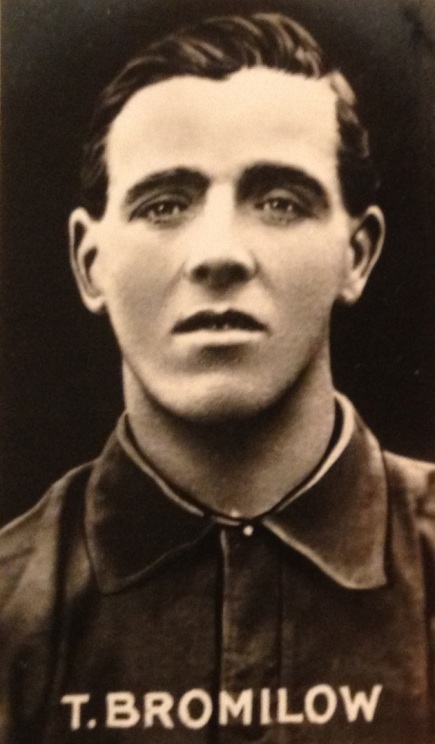