June 21, 1960
For many years now, just before the football season opened, Liverpool F.C. officials and fans have said with fervor, touched perhaps with optimism, that his was going to be THE promotion year. Officials and fans are still waiting. Something has always gone wrong at a vital part of the season, points dropped when they should have been collected, an inexplicable falling away in form, disappointment that a player or players have not come up to expectations. Is it going to be the same old story next season? 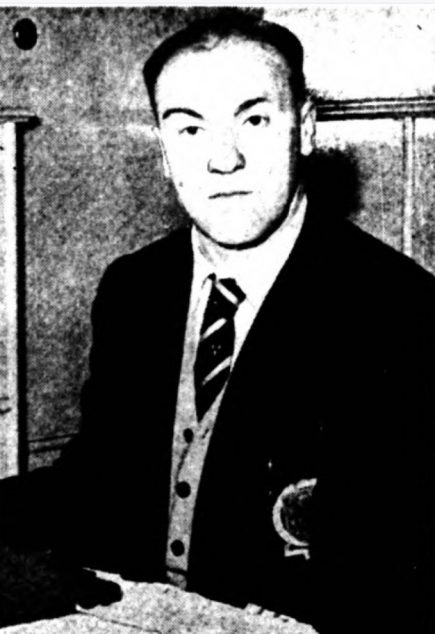 I raise this question now because I believe that in manager Bill Shankly, Liverpool have a man in charge of playing affairs who is not given to false hopes or optimism, who does not talk for the sake of talking, and whose opinion and estimation of a football position I am prepared to accept. I was talking to Mr. Shankly after he had completed the transfer of Kevin Lewis from Sheffield United last week and his thoughts for the immediate future were illuminating.

He says: “I am trying to sign a good class centre half, a man to hold defence together, and if I get him every position in the team will be duplicated – and that is what I am aiming for. If I sign the man I want, I believe that 1960-61 will be Liverpool’s promotion year.”

This was said in such a calm, convincing way that it struck me as more than the routine optimism you get from clubs before the opening of a season. Liverpool will not fail in their First Division quest for want of trying, urging, demanding and drilling of his staff by Mr. Shankly.

Typical of the man
When negotiations for Lewis were in their early stages, he warned young Ian Callaghan that the club were attempting to sign an outside right. This thoughtful move was typical of the man, whose first consideration is for his players.

You can imagine what Callaghan’s feelings would have been if the first he had known of the Lewis transfer was when he read about it. He had done so well on his debut in that position last season that he was entitled to a better deal than that – and Mr. Shankly made sure he got it.

Mr. Shankly told me that the signing of Lewis, a fast finely-built youngster, was designed “to strengthen the playing staff. With Lewis, Alan A’Court, Ian Callaghan and Johnny Morrissey available, I have both wing positions adequately duplicated and I want to ensure the same thing throughout the side.”

The plan for Callaghan is to bring the lad along slowly, as Lewis has had two seasons of Second Division football although there is only about two years difference in their ages.

The long-term plan
So much for the immediate future at Anfield. On the long term side, Mr. Shankly has plans to “see that some day we will not have to go out and buy the ready-made player. It will be other clubs who will be coming to us for some of ours.” To achieve this, he is concentrating on youth and next season Liverpool will have three junior sides which he believes will be the best and youngest the club has ever had.

About 20 local boys have been given extensive trials this summer – “I have been surprised at the large number of good left-footed players among them,” he says – and, in addition, he hopes to have a couple of highly promising boys from South Wales and Scotland coming to Anfield soon.

Mr. Shankly’s ambition is to see that local talent does not elude the local net – the “escape” of Ellesmere Port born Lewis to Sheffield United initially being a case in point of something to be avoided in future.

This is a far-seeing idea at which some of the sceptics will scoff. It may be wiser to wait and see how events develop at Anfield, where Mr. Shankly’s personal drive and enthusiasm count for much. He brought good football there after he took over last winter; this is his chance now to see if he can follow with more good football plus promotion.
(Source: Liverpool Echo: June 21, 1960)