All articles about Vic Wright on PlayUpLiverpool.com;

About Vic Wright:
“He is a fleet, tall young man, and stands nearly 6ft. in height. He is an adept at angling a ball or edging it on, and in front of goal he can be devastating, because he has a vast stride that can sweep through the opposition, his dummy swerve being of an upsetting character. His best form for Liverpool has been at centre forward, but one wonders whether he likes the heavy work due from centres or prefers to be a key man and schemer at inside right or inside left. He can take any of the three inside positions, and therefore in that respect alone he is worth more than the £1,000 paid by Plymouth. (Western Morning News: June 11, 1937)

Did you know?
“Vic Wright was a nephew of the famous Aston Villa and England International Charles Athersmith.”

Position: Centre forward, or both inside forward positions. 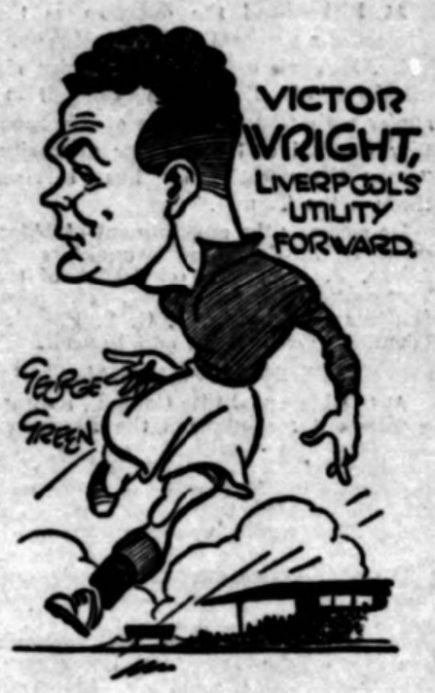 X
Chelmsford Chronicle: August 19, 1938.
Vic Wright in the middle of those standing at the back row. 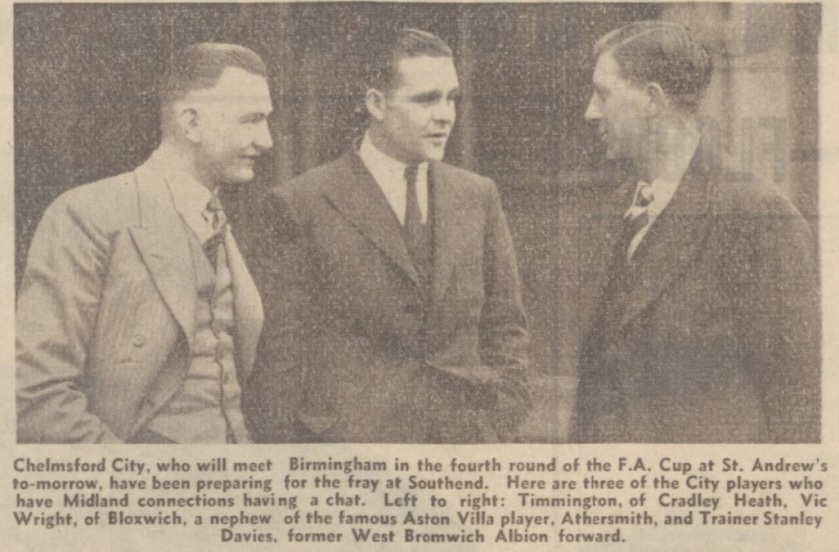